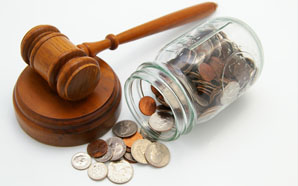 An illegal gas fitter and the director of the company that hired him have been fined after dangerous work in six homes in Cornwall put families at risk.

Bodmin Magistrates Court heard that, following reports of fumes from a gas fire at one of the properties, a Gas Safe registered engineer found significant failings in the work carried out by Mr Lawson. Of the six gas fires he installed, five were classed as ‘immediately dangerous’ and another was classed ‘at risk’.

Mark Lawson, of Barripper, pleaded guilty to three breaches of gas safety regulations and was fined a total of £10,666 and ordered to pay £274 in costs.

Lee Curnow, of Portreath, pleaded guilty to a single breach of gas safety regulations and was fined £10,000 and ordered to pay £274 in costs.

“Mr Lawson put lives at risk by deliberately claiming to be a Gas Safe registered engineer and then carrying out substandard work, which was then classed by a qualified engineer as immediately dangerous,” HSE inspector Simon Jones said.

“Mr Curnow also risked the lives of his customers by failing to check if Mr Lawson was on the Gas Safe Register by asking to see his register membership card, checking the installer page on the register website or calling Gas Safe Register.”

BODMIN MAGISTRATES CAMBORNE REDRUTH TRURO DIRECTOR FIRES GAS SAFE REGISTERED ILLEGAL GAS FITTER LAWSON
Tweets by HVP
Make sure you’re on top of changes in the industry, and sign up for free to receive your monthly copy of HVP and our weekly email newsletter
SUBSCRIBE TO NEWSLETTER
SUBSCRIBE TO MAGAZINE