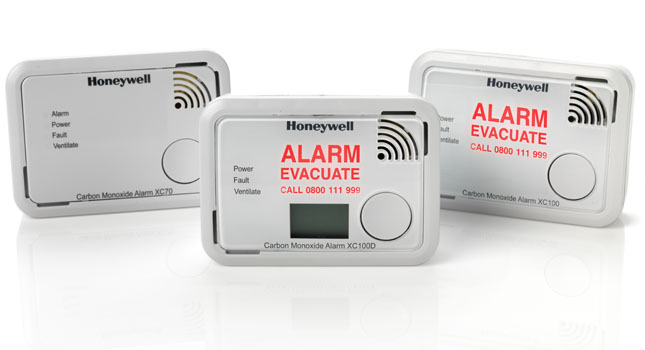 Tim Jack highlights the vital role carbon monoxide alarms can play in a home, after a widow was put at risk by emissions from the ash of her multi-fuel burner

Whether installing a gas boiler or a wood-burning stove, installers should always recommend the fitting of a carbon monoxide (CO) alarm where carbon-burning appliances are present in the home.

This is already a legal requirement when installing such appliances in both Scotland and Northern Ireland, with industry campaigning for the same stipulations to be introduced in England and Wales.

CO is an invisible and odourless gas, emitted by all carbon-burning appliances. If for some reason it escapes into a property, it can have deadly consequences.

Correct installation and maintenance of the appliance and flue, where required, is key, but CO alarms provide a valuable second line of defence for householders.

The life-saving potential of CO alarms has never been more evident than when Margie Cosker, from Devon, discovered that gas was being emitted by a bucket of ash next to the multi-fuel burner in her sitting room.

The 68-year-old former consulate and embassy-worker called for professional help after her own CO alarm was triggered, but a neighbour’s device failed to detect the presence of gas in her home.

When the Honeywell device in the sitting room of Mrs Cosker’s two-bedroom, end-of-terrace cottage started beeping one evening, she believed it had been triggered by an expiring alarm battery.

Having taken the alarm to a shop in the village, she realised the alarm was a sealed unit and not expected to expire before 2019.

Returning to her house, she decided to double-check by using a neighbour’s CO alarm to test for the gas. However, when she took it into her sitting room, it failed to go off.

Mrs Cosker suspected her kitchen gas cooker might be at fault, as the multi-fuel burner used to heat the sitting room had been extinguished.

With that in mind, she called out a mains gas engineer and his alarm immediately registered that CO was present in her sitting room.

He was unable to determine the source and, since she did not have mains gas, recommended she contact her bottled gas supplier, who then dispatched its own member of staff.

When the second engineer arrived that evening, he conducted his own tests and found also that CO was present, but that the cooker was not its source. Having made repeated checks, he believed the chimney might be on fire and was on the point of calling the fire service when Mrs Cosker noticed that the bucket of supposedly dead coal ash next to the burner was still warm.

“The engineer swooped on it and took the bucket outside. When he poured some water on it, it practically exploded,” said Mrs Cosker. “The ashes contained embers that had continued burning after being cleaned out, giving off the gas. The engineer told me: ‘That alarm has saved your life’. Even after we had taken the bucket outside, it took a long time for his CO monitor to stop registering the presence of the gas.”

CO had built up in Mrs Cosker’s sitting room because she often went three days before emptying the bucket, since it was quite large. She had been using it since last October when the multi-fuel burner was installed as a replacement for an open fire.

“Rather than trailing back and forth, I just waited for the bucket to fill up and, occasionally, some of the ashes would still be glowing,” she explained. “The alarm certainly did save my life. I’m sure a lot of people would not think about these dangers, but they certainly need to.”

“CO is insidious - you can’t smell it and it is a bit like having bad blood pressure – you don’t know you’ve got it but you may go to sleep and just not wake up,” Mrs Cosker added.

The incident convinced her that high-quality CO alarms should be compulsory and she said she intended to have one fitted upstairs near her combi-boiler.

Mrs Cosker’s experience illustrates just how important it is for installers and engineers to be ready to fit CO alarms when conducting maintenance or inspection visits.

In a YouGov survey for Honeywell, more than three-quarters of homeowners and private renters (76%) without CO protection said they would have an alarm fitted for an affordable fee by a plumber or gas engineer who offered to do it while on a service call. Furthermore, 77% said they would follow a professional’s advice about which alarm to fit.

The scale of opportunity for professionals who keep CO alarms close to hand when visiting domestic premises is obvious.