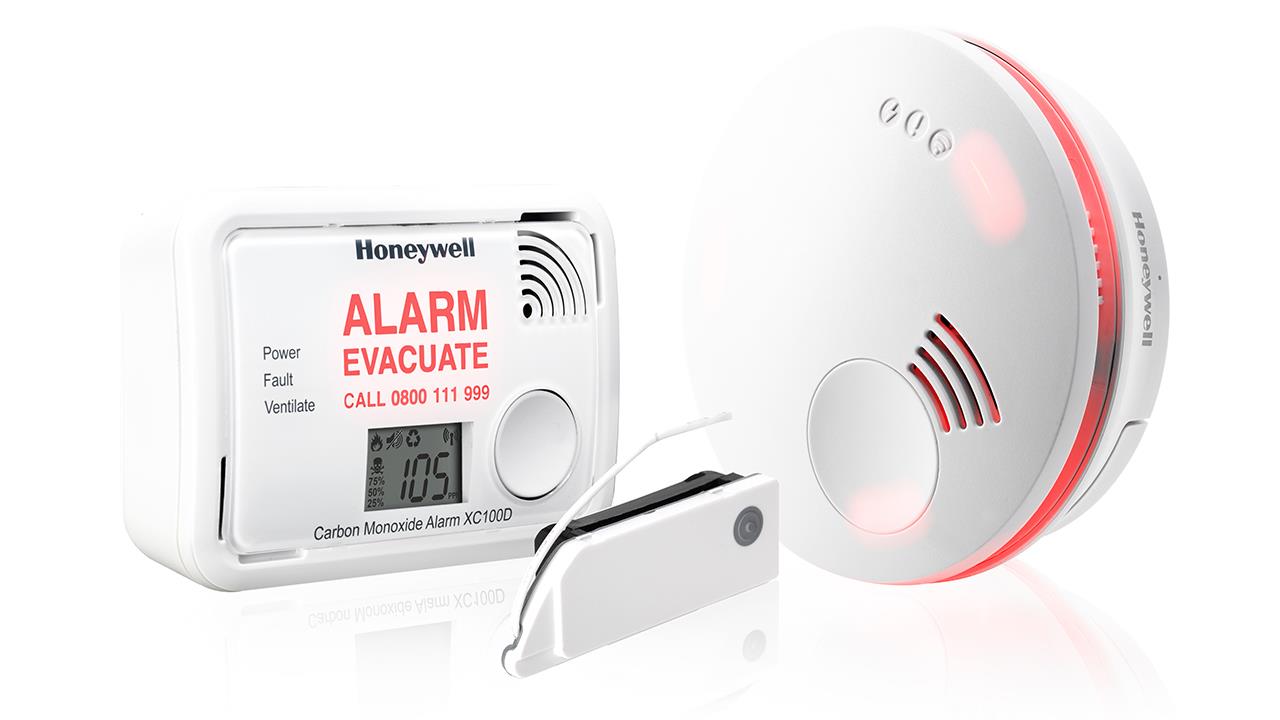 Although carbon monoxide (CO), smoke and heat alarms are nothing new, there is still much discussion on where best to install them. Here, Adrian Keats, Senior National Account Manager at Honeywell Home Safety, clears the air.

According to legislation, landlords are, at the very least, required to install one smoke alarm per floor in each property. However, this is not necessarily in-keeping with best practice and safety, which is something installers must be aware of and advising their customers.

In accordance with The Fire Safety Advice Centre, there should be an alarm within 1.5m of the entrance to all habitable rooms.

Typically, there are two types of fire – fast-flaming and slow-starting, smouldering fires. The former being most common in a kitchen environment, due to cooking mishaps such as unattended chip pans which burst into fast-flaming fires. Unlike slow-starting fires, these produce little smoke and a lot of heat, which is where a heat alarm should be fitted as opposed to a smoke alarm. In terms of location, a heat alarm should be placed as close to the centre of the ceiling as possible.

However, while the majority of UK households have some form of fire and CO detection installed, research reveals several worrying insights. For example, less than half of us own an audible carbon monoxide alarm, according to the Gas Safe Register, and last year, there was a Which? report on CO alarms being removed from online sale due to safety test failures.

According to Project Shout, there has been a rising number of CO poisoning incidents throughout the UK, with suspected cases increasing by a third over the past five years. This ‘silent killer’ causes at least 50 deaths annually, but these can all be prevented by fitting an alarm, in addition to the annual servicing of appliances.

Therefore, it is down to installers to promote best practice when recommending CO alarms, and to explain why the bare minimum is simply not enough. For better protection, a CO alarm should be placed in any room containing a fuel burning appliance – including gas boilers and cookers – but also in any bedrooms above these.

Despite such concerning statistics, there is good news – installers are best placed to help prevent these figures from worsening. When taking care of a task at a homeowner’s property, there is always an opportunity to advise on, and potentially fit, home safety alarms.

There are also apps available, such as Honeywell’s Alarm Scan, which enable you to download data from an alarm, such as the last time it was activated and how long the battery has remaining.

The relationship between installers and manufacturers should be seen as a partnership. Installers have put their faith and reputation in the products they choose to install, and manufacturers must seek to do everything possible to support them and aid in making their business a success.

Since installers are the front-facing representatives of any manufacturer, it is imperative that they are supported in every way possible. Having a knowledgeable team on the other end of the phone, as well as a source of convenient and worthwhile support, is something every installer should expect.

Ultimately, by recommending a high-quality system, and helping to ensure alarms are sited correctly, installers can potentially boost their business and build a stronger level of trust with their customers.

ALARM CARBON MONOXIDE CO CO2 FIRE HONEYWELL HOME SAFETY
Tweets by HVP
Make sure you’re on top of changes in the industry, and sign up for free to receive your monthly copy of HVP and our weekly email newsletter
SUBSCRIBE TO NEWSLETTER
SUBSCRIBE TO MAGAZINE