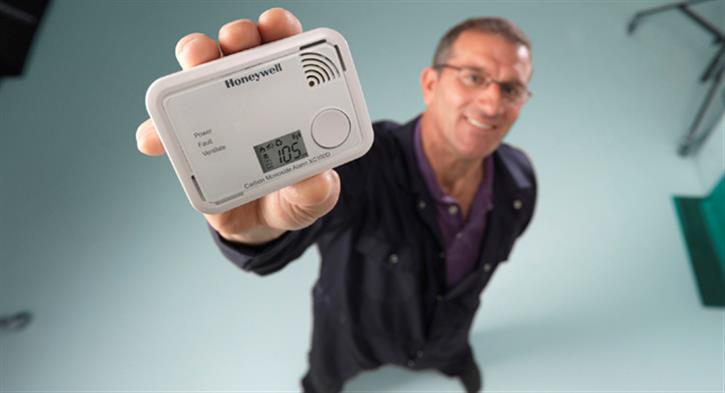 Installers are being called on to help educate the public on carbon monoxide (CO) following shocking new statistics released by the CO Be Alarmed campaign.

The campaign’s UK wide survey revealed that 52% of householders do not have a CO alarm in their home, and a staggering 27 million people are considered to be at risk of CO poisoning.

A separate study, conducted by CO Be Alarmed in 2012, found that many homeowners incorrectly believe their smoke alarm would detect a CO leak, further highlighting the lack of understanding among the general public.

“Unfortunately, these statistics don’t come as a surprise to those of us in the industry. Despite the tireless work of many public and private groups, there is still a shocking lack of awareness of the dangers of CO,” he said.

“However, for installers who are constantly interacting with the public, there is a unique opportunity to spread the word about CO safety, and encourage the installation of appropriate alarms. Fitting an alarm is a five-minute job at most, so by keeping a few alarms in the back of the van, installers can quickly and easily help homeowners protect their household from the risks of CO.

“It’s equally vital to speak up if a customer has a low-quality alarm, or a colour spot change CO detector – these have no audible alert and expire in a matter of months, leaving the home unprotected and its residents vulnerable. By alerting a customer to an inadequate alarm or detector, installers could genuinely be saving the lives of people who wrongly believe they’ve taken the necessary precautions.

“The CO Be Alarmed campaign reported that 50 deaths were caused by CO poisoning in 2016, and an estimated further 4,000 people need hospital treatment every year. Installers can have a real impact in reducing those numbers, and we hope that these latest statistics reinforce how important it is that we all work together to minimise instances of CO poisoning.”