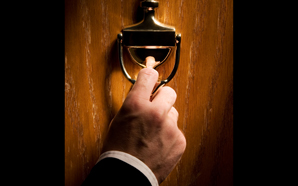 UK homeowners are at greater risk of allowing rogue tradespeople into their homes by prioritising qualities such as good manners over checking credentials, new findings have suggested.

The statistics, which come from the HomeOwners Alliance’s 2015 Homeowner Survey and TrustMark, reveal that homeowners recognise prompt arrival (84%), polite language (51%) and taking shoes off at the door (38%) as signs of a good tradesperson.

However, when it comes to the checks householders undertake before hiring a tradesperson, traditional checks – such as visiting a former client’s project or asking for written references from former clients – are done by only a minority of people (39% and 28%, respectively).

Almost half of homeowners (46%) say they would check if the tradesperson was in a doorstep directory, when often these are paid-for advertising slots with few checks done, according to TrustMark. Meanwhile. on smaller jobs, only 39% of homeowners would check that a receipt or invoice would be given.

“The research certainly shows that the UK is at risk of letting the wrong ones in,” said Liz Male MBE, chairman of TrustMark. “Rogue traders are the vampires of the sector, seeking out vulnerable homeowners and taking valuable jobs away from the best tradespeople in the country. Checking recent work and up-to-date qualifications are vital checks.”