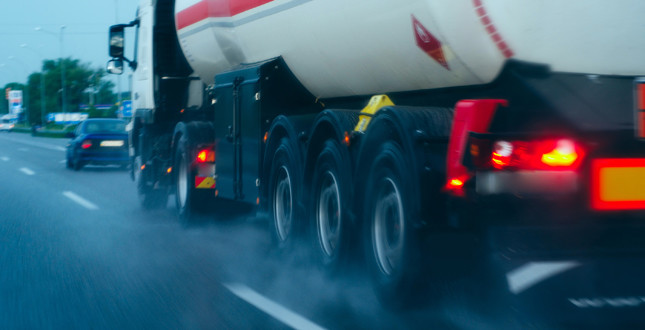 The trade association for the heating oil industry has launched its annual competition to find the finest tanker driver in the UK and Republic of Ireland for the Driver of the Year Awards 2018.

Now in its 18th year, this annual competition sets out to find the driver who has gone the ‘extra mile' for their customers or who has done something way beyond their normal duties. Sponsored by OAMPS Hazardous Industries, this award carries a £1,000 winner's prize and two runner-up prizes of £250 each.

"If the standard of last year's entries was anything to go by, we are going to have a hard task to decide on the winner for this year's awards. These awards recognise the high standards being set by drivers in the UK and Ireland and we hope the awards will continue to encourage oil distributors to promote an ethos of safe driving, cleaner deliveries and outstanding customer care to create more drivers capable of winning this award," said Dawn Shakespeare, FPS Marketing and Events Manager.

Last year's winner was Darren Gilham from Certas' Ashford depot. Chris Brooks of NWF/Evesons Fuels, Kenilworth Depot and Clifford Tappin of Lovell Fuels, Aylesbury were awarded runner up prizes. 2017 winner Darren was also a winner of the accolade in 2006.

The competition rules mean that only companies who are members of the FPS may submit nominations for drivers who have been employed by the company since the start of 2017. The competition is also limited to one entry per depot. In addition, the nominated driver must have had an incident free year (no accidents or spillages) in 2017.

The closing date for entries is 1 March 2018 and each shortlisted candidate will be interviewed in March 2018 with the winner being announced in April 2018.

Nomination forms for the Driver of the Year Award 2018 and further information are available via by emailing ds@fpsonline.co.uk.