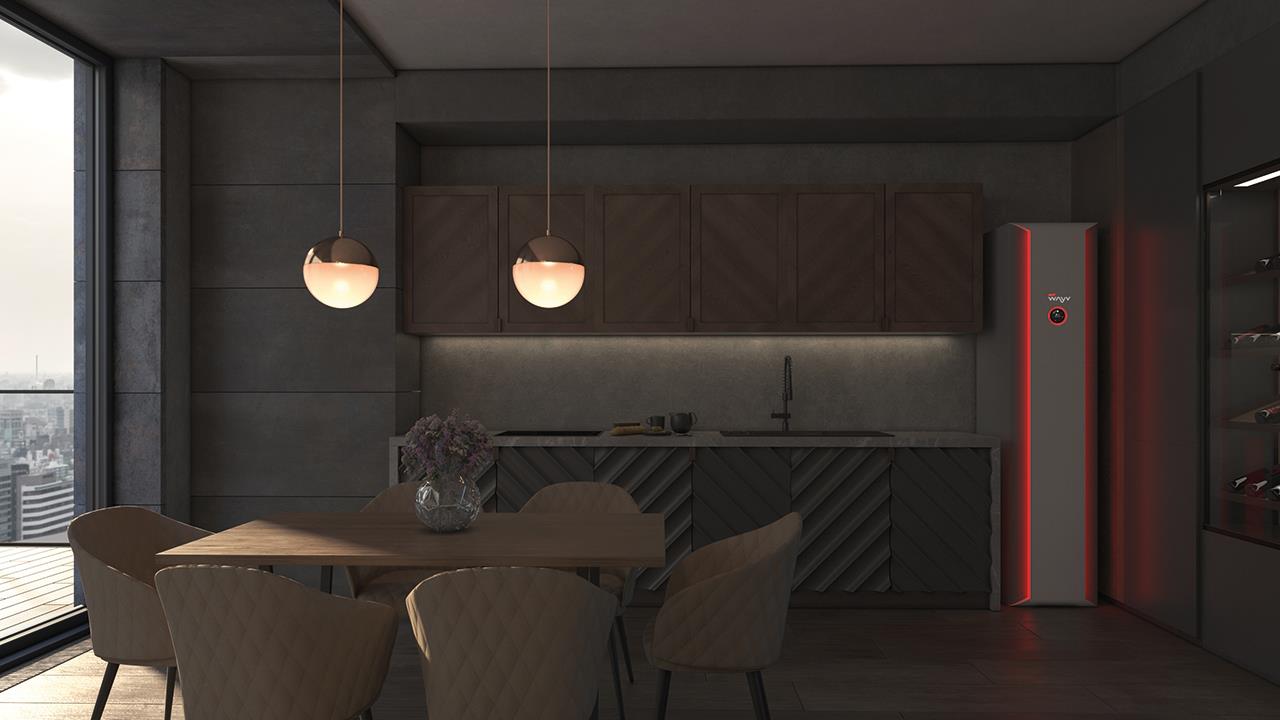 Phil Stevens, Chief Executive and co-founder of Heat Wayv, proposes an alternative to the roster of upcoming low carbon technologies – the microwave boiler.

The sun is setting on the era of the gas boiler and this will affect the vast majority of home and workplace heating systems in the UK. The question is how pragmatic and realistic are the technologies being proposed to replace the gas boiler.

Over 150 years on from its invention, the gas boiler is to be rapidly phased out as a consequence of its CO2 emissions where it contributes 14% of the UK’s greenhouse gasses each year. Under the UK government’s plans, gas and oil boilers will be banned from being installed in newbuild homes from 2025, followed by a ban on replacement installations in 2030, and a complete phase out by 2038.

The replacement being put forward is the heat pump. In many ways the heat pump is a wonderful, miraculous invention that exploits the temperature differential between indoors and outdoors to heat the home. Unfortunately, it suffers from three major challenges:

The assumption that heat pumps would replace gas boilers seems to have been made without anyone actually considering who would pay the £2 trillion bill to convert UK homes, as evidenced by Centrica calling on the government to pay consumers for the switchover to heat pumps.

Some in the home heating sector are also proposing the use of hydrogen boilers, but the issues with hydrogen boilers are similar, even if simpler. Again, the first issue is cost as hydrogen is expensive to produce and store as it requires compression and cooling in specialist storage vessels.

The conversion of the existing gas network to carry hydrogen is theoretically possible, but would take decades as the hydrogen would need to be at four times higher pressure than natural gas to travel through the pipes – and this would mean replacing or lining the entire gas pipe network. The lining is also required as the hydrogen reacts with the existing metal pipes and makes them brittle. So, while hydrogen might make sense for a new housing estate, it is not a pragmatic solution for the vast majority of the 29 million homes in the UK.

Once electricity heats the water, it can then be pumped through existing radiators and to taps, showers, and baths to provide hot water in copious quantities to match that of current gas boilers.

An additional benefit is that the microwave boiler can be controlled as an Internet of Things device where it can be switched on or off, and upgraded or optimised, according to demand. This could enable the individual user to have greater control of home heating, or even provide a national battery for storing excess energy.

With any electrically powered hot water system, a major concern will be the operating cost. But taking into account the longer lifetime (20 years), no requirement for annual emissions checks, and its high efficiency, the total cost of ownership of the microwave boiler will be similar to that of a gas boiler and could even be lower if the government reduces the artificially high electricity tariffs.

It is also important to distinguish the microwave boiler from immersion heaters and other resistive forms of electrically heating water. While ostensibly very efficient with 99.5% of the power being transferred into heat energy at the coil, immersion heaters suffer thermal heat loss that equates to 1% per radial centimetre from the element during its heating phase and, once temperature is attained, 0.3% loss per radial centimetre during its stand-by reheating phase. The result is that immersion and other resistive heaters are only around 75% efficient and so very expensive in operation.

The microwave boiler offers a highly pragmatic way of meeting the government’s CO2 emission reduction goals without massive installation costs or compromising the poor water temperature provided to consumers. While the microwave boiler is currently in development with pre-production trial units expected in 2022, demand is already high with both housing associations and housebuilders looking to transition to the easy to install, zero carbon, microwave boiler solution.

BOILERS HEATWAYV NET-ZERO
Tweets by HVP
Make sure you’re on top of changes in the industry, and sign up for free to receive your monthly copy of HVP and our weekly email newsletter
SUBSCRIBE TO NEWSLETTER
SUBSCRIBE TO MAGAZINE