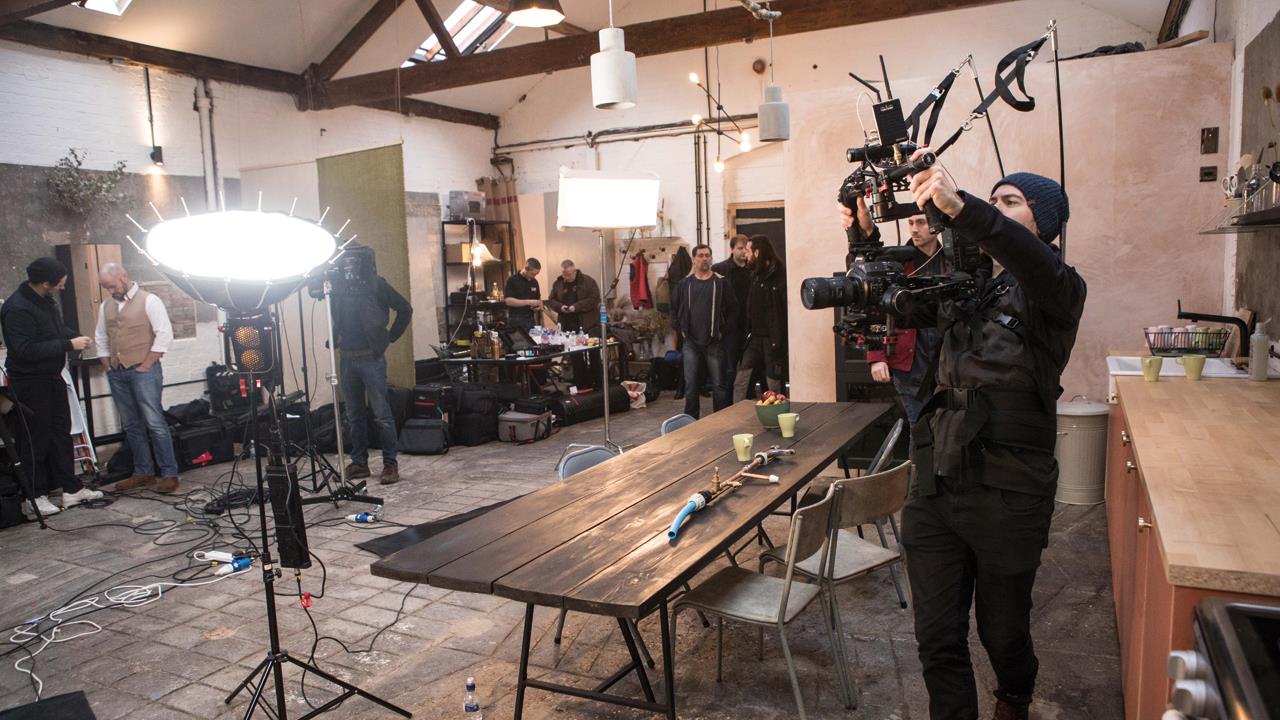 Nathan James Van Gambling, Director of NJV (better known as @betateach on Twitter by many), is a passionate advocate for the plumbing and heating industry. A lecturer and assessor by trade, he has taken it upon himself to help educate the industry in order to raise standards.

Educating is Nathan’s mission and, like any good educator, he wants to get the message out to as many people as possible. The good news is that his potential audience has jumped exponentially, thanks to a partnership with directory website Rated People to produce a new video series.

‘Talk of the Trade’ aims to champion the plumbing and heating industry and the talented individuals working in it. It’s been launched in the hopes of engaging and educating installers but also, notably, consumers.

Nathan believes that plumbers and heating engineers are not as valued by consumers as they used to be, with the profession no longer commanding the respect that it deserves.

He explained: “You had these shows from 15-20 years ago which portrayed tradespeople in a very bad light, Rogue Traders etc. Because of the complexities of our trade, it disproportionately illustrated [poor workmanship] a lot more in our trade than others.”

As a result, Nathan suggests that the disconnect between consumers and installers has grown.

He continued: “Engineers, by nature, want to do a really good job. There are so many good ones out there, but you never hear about them, you only hear about the bad ones. So, I want to promote the good ones, and give consumers a bit of information about what to look for, or expect, on certain jobs.”

Fulfulling this aim to champion plumbers and heating engineers has been difficult because the industry has conventionally lacked a platform capable of directly engaging with the consumer on a large scale. That is, until now.

“One thing that piqued my interest with [directory sites] is that they do have the ear of the consumer,” explained Nathan.

As anyone who follows Nathan on Twitter knows, he is an avid user of social media. He uses social media regularly to augment his advocacy of the sector. The opportunity to work with Rated People came about thanks to a chance encounter on Twitter with the organisation’s Chief Executive, Celia Francis.

She said: “We started to both talk about what we’re passionate about in terms of industry, and it just turned into this thing where we were like ‘me too!’”

Both parties quickly realised that they shared similar aspirations and the conversation eventually evolved into the idea of producing a video series which could help champion the profession and the wider industry, providing invaluable knowledge for both the consumer and the installer.

Rated People is putting resources behind the project because Celia believes strongly in what it hopes to achieve.

She explained: “When we think about our mission as a company, it’s really that whole idea of doing everything we can to improve that relationship between homeowners and tradespeople and to elevate the respect of the nation for the people doing that work.

“We can use the audience and platform that we have to get information out about best practices and issues of safety or quality, making green decisions etc.”

Nathan is not only helping to produce the show, he is also hosting it, alongside co-host John Williams from Rated People. He expects the format of the show to evolve over time, however the aim is to be informative, but fun, which is certainly the feeling conveyed in the first episode of the show.

It opens with an explainer of pipework dead legs, to help aid the understanding of consumers. Nathan also speaks to Rob Berridge, Co-Director of Heat Engineer, and

Darren McMahon, Marketing Director at Viessmann UK, about some of the key issues surrounding the subject of heat loss in buildings.

The show then wraps up with the ‘ballcock challenge’ where guests are tested on their ability to assemble a ballcock valve from scratch, with the best times recorded on a leaderboard, in a manner reminiscent of the BBC’s Top Gear.

Nathan’s ambition for the show is to have as wide a range of guests as possible to ensure the whole of the industry is represented. Episode two will feature installers such as Paul Hull of Gas Safety Superheroes fame, and Ian Briggs of I.R.B Heating, with guests from many aspects of the industry planned to feature in future episodes.

Although only the first two episodes have been filmed, Nathan says he’s planned content for “six to seven shows already”. Some of the headline topics he hopes to cover include heating system design, corrosion, solar thermal, and rainwater catchment.

However, his plans for the third episode really shine a light on what Nathan is trying to achieve with Talk of the Trade. One of his guests will be David Newton, inventor and Founding Director of TapMedic, a universal tap cartridge replacement kit.

There is currently no industry standardisation for tap cartridges, resulting in thousands of different types of cartridge on the market. Nathan explains that this has meant that, due to the difficulty of pinpointing the correct replacement cartridge, many installers are instead forced to replace the entire tap instead of just the cartridge, which is both a costly and environmentally unfriendly process.

Nathan said: “Consumers probably [think] that if a plumber comes around and says that you need a new tap, they’re trying to exploit them, because they don’t realise that plumbers do have to replace the tap.

“Consumers will watch [the show] and think ‘Crikey, it doesn’t make sense that there’s no standard’, because years ago with a washer, there was. And this is what I want to design into the shows, I want to facilitate conversations that just make everything move in the right direction.”

Better education for tradespeople and consumers is a driving force for Nathan, so it should come as no surprise that facilitating this is one of his barometers for success on Talk of the Trade. However, he hints that he hopes this video series can help to achieve even more.

Nathan concluded: “Some of the topics will engender lots of discussions but, if I’m honest, the biggest measure of success will be if manufacturers or other elements of the industry start to do things in a better way.”

You can watch the first episode of Talk of the Trade here.