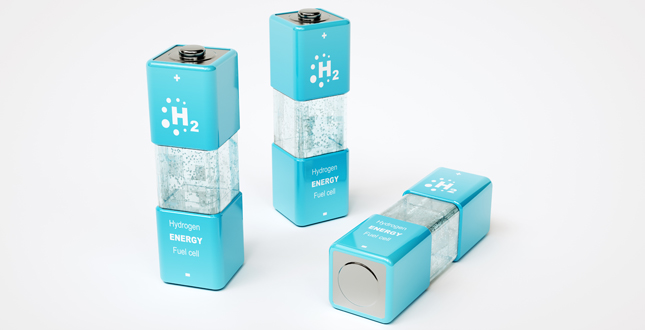 Plans to convert significant parts of the UK gas grid to be 100% hydrogen have been outlined in a new report. The proposals are contained in the H21 Leeds City Gate report, which calls for the gas grid to be converted to hydrogen.

The report finds that converting the UK gas grid to hydrogen will be a major step towards meeting the UK’s carbon reduction targets. Currently, over 30% of all UK carbon emissions come from domestic heating and cooking. A UK-wide conversion to hydrogen gas will reduce heat emissions by a minimum of 73% as well as supporting decarbonisation of transport and localised electrical generation.

Dan Sadler, H21 project manager at Northern Gas Networks, said: “A nationwide conversion to a hydrogen gas grid is technically possible, economically viable and will be a significant contributor to meeting the UK’s decarbonisation targets. This is a major opportunity for our country to become a world leader in hydrogen technology and decarbonisation and would create thousands of new jobs across the UK.”

The report says that a hydrogen gas grid could use the existing underground gas pipes already installed in the UK, and that household appliances can be converted to run on hydrogen with far less disruption and expense than converting to alternative energy sources. The proposals have been welcomed by the Department for Energy and Climate Change chief scientific adviser John Loughhead OBE.

He said: “Meeting the challenge of the Climate Change Act is a huge technical and business challenge. The H21 Leeds City Gate project has usefully explored one possible contribution to meeting this challenge. DECC, and wider UK government, are looking forward to seeing the full findings of the project in the final report.”

H21 says the project would be funded through regulatory business plans. This would allow the costs to be paid back over time and, alongside energy efficiency measures, would have a minimal impact on household energy bills. This is the same methodology as that adopted for the original town gas to natural gas conversion during the 1960s and 70s.

The UK will continue to use gas from the North Sea, Europe and wider worldwide liquid natural gas imports. Instead of burning this gas, which is mostly predominantly methane, and releasing carbon into the atmosphere, it will remove the carbon and store it in appropriate geological storage locations under the North Sea. The hydrogen element of natural gas, which emits no carbon dioxide when burnt, will then be used for heating and cooking in homes and businesses.

Mike Foster, chief executive of the Energy and Utilities Alliance, said: “We welcome this report as it clearly demonstrates the role hydrogen can play in delivering a zero carbon future. Currently more than 30% of all UK carbon emissions are attributed to domestic heating and cooking, hydrogen will significantly cut these emissions.

“Hydrogen gas can use the existing underground gas pipes already installed in the UK, offering minimum disruption and expense compared to other low carbon alternatives. In addition homeowners won’t be required to buy new appliances merely convert those they already own, similar to the switch from town gas in the 1960s, meaning we can decarbonise heat without relying on homeowners to take action.

“Northern Gas Networks are a member of EUA and we will be working with them and our wider membership on the implications outlined in this report.”