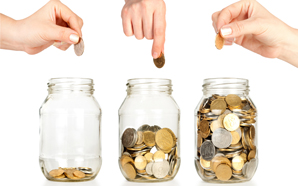 Switching energy supplier could save customers around £300 off their bills, and it’s now quicker to do than ever before, government has announced.

Energy companies have cut the time it takes to switch to 17 days, down from five weeks last year, after Secretary of State for Energy & Climate Change Ed Davey challenged industry on the issue in October 2013.

Together with savings of around £300 – or more for a first-time switcher – and new competitive tariffs on the market at under £1000 a year, now’s the time to shop around for a good deal, government advised.

“We’ve introduced more competition in the energy market and made it much quicker for people to switch energy supplier,” said Mr Davey.

Now industry is delivering on his challenge, Mr Davey has in turn challenged more consumers to take advantage of the opportunities available.

“There’s never been a better time to shop around, switch and save money faster than ever before,” he said.

However, he also noted that the job is not done for energy suppliers and said they must offer 24 hour switching for consumers as quickly as possible.

Throughout 2014, 3.1 million people shopped around and switched for a better deal on their gas bills, according to industry body Energy UK statistics.

Lawrence Slade, chief executive of Energy UK, said: “This is fantastic news and yet another example of energy companies making it easier for customers to engage with their supplier.

“There are now 26 suppliers in the market and recently we saw data showing the price of the average tariff is falling. With quicker switching we urge customers to take full advantage of the great deals on offer.”

Smaller independent suppliers have confirmed that they are on track to introduce faster switching in 2015 as well. The new changes mean that suppliers don’t have to wait for the 14 day cooling off period before they begin the switching process. Instead the process begins on day one when a customer decides to switch, while statutory rights are protected so switchers can still cancel at any time within those 14 days.

Ofgem chief executive Dermot Nolan said: “Ofgem reforms have made it much easier to pick out cheaper deals. And now that switching times have been halved, there has never been a better time to shop around using the independent advice available at www.goenergyshopping.co.uk.

“We’ll continue to work with government and industry to make next-day switching a reality and ensure that the full benefits of the smarter market are realised.”

This is one step closer towards Energy Secretary Ed Davey’s vision for 24 hour switching, which is supported by the roll-out of smart meters. The programme is set to bring a net benefit of £6.2 billion to the UK economy through energy savings and by cutting back on delivery costs, such as the need for home meter readings.