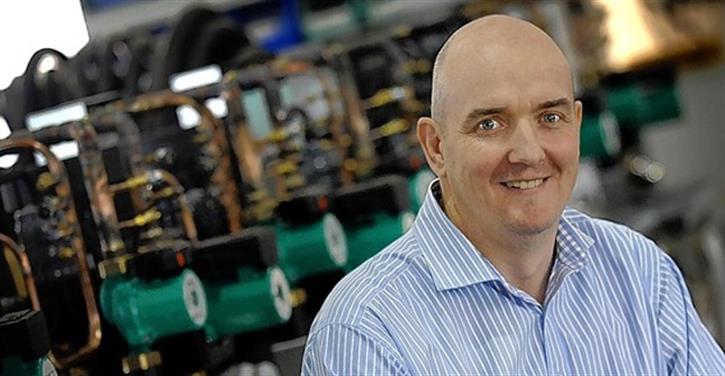 Government has confirmed changes to biomass tariffs, but spared cuts to solar thermal, in its long-awaited reforms to the Renewable Heat Incentive.

In a consultation response published on 14 December, the Department of Business, Energy & Industrial Strategy (DBEIS) announced its decisions on proposed changes to the Renewable Heat Incentive (RHI), which will be introduced in March 2017.

The domestic RHI, which has so far enabled 50,000 households switch to renewable, low-carbon heating, will continue to support all four existing technologies. This news will come as a relief to the solar thermal sector, as government had initially proposed to remove the RHI's support for the technology. According to DBEIS, following its original proposals to remove solar thermal from the scheme, it received 230 responses to its consultation, of which 92% did not agree with removing support for solar thermal systems.

The tariff for solar thermal will remain at its current level of 19.74p/kwh.

The tariffs for new air-source heat pumps (ASHP) and ground-source heat pumps (GSHP) will be increased to 10.02p/kwh (from 7.51p) and 19.55p/kwh (from 19.33p) respectively. The government said this change reflected "the importance of heat pumps in the long-term decarbonisation of heating, particularly in off-gas grid areas".

All ASHPs and GSHPs applying for support under the scheme will be required to have electricity metering to monitor their system, although payments will continue to be made based on a property's deemed heating requirements, with the exception on second homes and hybrid systems.

BEIS has also set new limits to the annual level of heat use for which participants can obtain subsidy support under these new tariffs. These 'heat demand limits' have been set at 20,000kwh for ASHPs and 30,000kwh for GSHPs.

The tariff for new biomass installations will be increased to 6.44p/kwh (up from 4.68p/kwh). This, government said, was being introduced to reverse previous degressions in the biomass tariffs, and brings the new tariff in line with that which was available between October and December 2015, adjusted for inflation.

Nancy Jonsson, commercial director for heating and renewables at Daikin UK, described the government's response as "a positive development for the renewable heating sector".

"This increase in the domestic RHI tariff rate for air-source and ground-source heat pumps is a clear endorsement of the innovative technology," she continued. "It is evident that the government has recognised the vital role that heat pumps can play in reducing the UK's carbon output, meeting the UK's renewable energy target, and reducing fuel poverty - placing heat pumps at the centre of its energy strategy.

"The report also reiterates the government's wider policy of 'refocusing support towards tackling fuel poverty, with a target to insulate one million homes during this parliament', calling for households to be future-proofed 'to enable heat pumps to be installed at a later date'.

"It is the government's hope that these tariff hikes will result in an upsurge in the installation of heat pumps across all sub-sectors of the domestic housing market – including social landlords, local authorities, private developers and private house owners."

Meanwhile, Kensa's managing director, Simon Lomax, said: "Kensa welcomes the proposed refinements to the RHI and trusts they will quickly receive parliamentary approval. It is encouraging that government has confirmed its belief that ground source heat pumps are a strategically important technology and have offered more attractive support particularly for residential properties served by shared ground loops."