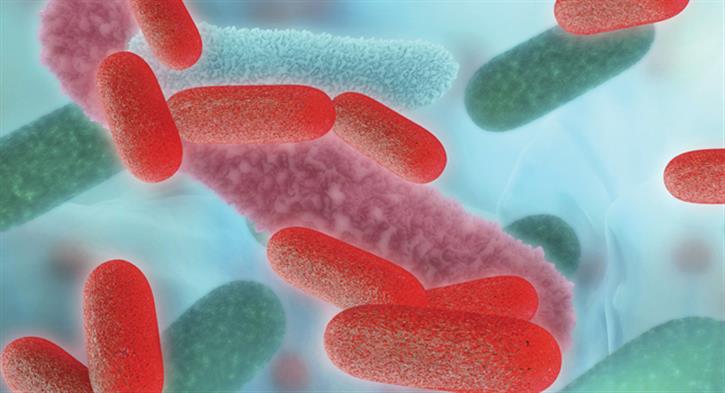 Thorough and comprehensive infection control is an increasingly serious issue for any building used by the public.

One need only look at the healthcare sector to see why. Despite a significant reduction in cases of MRSA and Clostridium difficile, two of the most well-known hospital-acquired infections, UK hospital infection rates are still worryingly high.

Among others, two key causes for concern remain in the risk of Legionella and Pseudomonas. As we all know, 2012 saw a public outcry following the tragic death of three babies in a Northern Ireland hospital as a direct result of Pseudomonas bacteria found in the water supplies. More recently, a UK hospital was fined £350,000 over two Legionnaires’ disease deaths, where the issues were found to be inadequately cleaned shower heads and thermostatic valves on account of cleaning budget cuts. The sad reality is that both instances could have been prevented with some simple water safety measures.

The hospital environment, by its very nature, poses the greatest danger in terms of infection, but all public buildings have a duty of care to provide a clean and safe environment. This becomes an even more pressing issue in buildings occupied by the more vulnerable in society, such as schools with little children and care homes with elderly occupants. Now, more than ever, installers in the commercial field must stay abreast of the latest product developments that can help to optimise infection control against Legionella and Pseudomonas in public buildings.

As most installers will know, the primary method for tackling Legionella and Pseudomonas is the use of hot water. Both diseases are commonly found in water with temperatures of between 20ºc and 45ºc, therefore water must be stored at 60ºc or above to limit growth.

However, this entails another safety consideration – hot water temperature control. Each year, 20 people die and almost 600 are seriously injured from scalds caused by hot water. In the main, these incidents involve baths, but hand washing and showering facilities can pose very real hazards, too.

The problem is that, if water reaches a tap at the stored temperature, people can be scalded and, in severe cases, receive third-degree burns in just five seconds. Injury from scalding is on the Department of Health’s ‘never events’ list, which means it must never happen and can be prevented.

One current recommendation is the use of thermostatic mixing valves TMV3-approved anywhere hot water is delivered. For the highest level of protection, TMVs allow water to be stored and distributed at a high enough temperature to kill harmful bacteria, but reduce it to a safe temperature at the point of use by mixing it with the cold water supply. In addition, TMVs can maintain the desired water temperature even when the incoming water pressures/flow rates change.

Unfortunately, however, it is not as simple as an ‘install and go’. In order to ensure infection control is maintained, it is vital to check the water temperature at sentinel outlets on a regular basis and conduct a hot-water flush to ensure the supply and flow points remain uncontaminated.

Of course, for the typical public building already crippled with staff shortages and budget cuts, this additional maintenance – in terms of labour and cost – has posed an issue. Most traditional shower set-ups require a complete de-installation in order for the installer to access the supply point making it extremely cumbersome, and the recommended fortnightly maintenance flush has been deemed near impossible.

The good news, however, is that new technologies are coming to market to alleviate this issue. Bristan, for example, has recently launched the Opac bar shower with incorporated TMV3 control, which has been specifically designed to aid water temperature control and maintenance in the public and commercial sector.

The product features an integrated isolation and hot-flush mechanism, so that installers need only turn the two valves on the rear of the shower body, therefore eliminating the need for additional flushing equipment. To put the time saving into context, a typical hot water flush can take anywhere up to an hour with a traditional shower set-up whereas, with the Opac the method, this can be completed in just 10 minutes.

In addition, the shower features separate controls for temperature and flow with lever handles, making it easy to operate – a key consideration for the young, elderly or less able. Fully cool to the touch, the unit is safe to use as it never gets hotter than the mixed-water temperature.

Amid growing pressures on all those running public facilities to reduce infection count, the arrival to market of new technology designed to achieve the complex task of ensuring infection control and hot water temperature safety is timely. Therefore, for the installer working on the commercial front, the recommendation is to take stock of new developments that can help optimise occupant safety and, in turn, provide peace of mind for their customers.