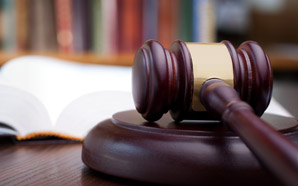 A pensioner from Middleton died from carbon monoxide (CO) poisoning just hours after the flue on her gas boiler was blocked with cavity wall insulation, a court has heard.

HIS Energy Ltd was prosecuted by the Health and Safety Executive (HSE) following Joyce Moore's death, which occurred less than five hours after employees left her Middleton Road home.

Manchester Crown Court heard that the 83-year-old's son had received a cold call from Nationwide Energy Services Ltd in September 2012, offering free cavity wall insulation through a scheme subsidised by the energy companies.

The firm, which was featured on the BBC Three series 'The Call Centre', arranged for its sister company, HIS Energy Ltd, now in liquidation, to carry out the work.

On 9 October 2012, three HIS Energy Ltd employees visited the property where they drilled holes through the house bricks, before using a machine to blow thousands of insulation beads into the cavity between the outer and inner walls.

When one of the employees checked the boiler, he noticed a pile of insulation beads at the back of it and assumed they had come through a hole in the lining of the chimney.

The worker phoned the firm's main office, where he spoke to two managers to make them aware of the issue but neither of them arranged for a gas engineer to visit the property that evening. Instead, Mrs Moore's son was advised not to use the boiler but the company failed to make him aware of the potentially fatal consequences of turning on the heating.

HIS Energy also failed to make sure the boiler was switched off before its employees left the property, failed to leave a warning notice on the boiler or with the homeowner, and failed to alert National Grid or a gas engineer, despite this being standard industry guidance.

Just after 8pm, Mrs Moore's son noticed the house was getting cold and so turned up the thermostat in the hall, causing the heating to come on. When he stood up from the sofa around two hours later, he felt dizzy and went to check on his mother. He found her slumped on her bed.

A post mortem confirmed the cause of death was CO poisoning. Mrs Moore's son and two paramedics were also hospitalised after tests found high levels of CO in their blood.

The HSE investigation found HIS Energy did not provide adequate guidance for its employees on what to do if a boiler flue became blocked. The job packs in the company van contained examples of warning notices, but there were no actual notices which could be given to homeowners or stuck on boilers.

HIS Energy Ltd, which has since gone into voluntary liquidation, was found guilty of a single breach of the Health and Safety at Work etc Act 1974. The company, formerly of Northern Boulevard in Swansea, was fined £500,000 and ordered to pay £24,968.44 in prosecution costs.

Speaking after the hearing, HSE Inspector Lisa Bailey said: "It was a natural reaction for Mrs Moore's son to turn on the heating when it began to get cold, especially as he hadn't been made aware of the potential dangers. The boiler should have been switched off by the company, and warning signs should have been stuck on the side. If this had happened then I am sure the heating would have remained off throughout the evening.

"HIS Energy should also have arranged for a registered gas engineer or National Grid to visit to property as soon as possible but, again, this did not happen. The company knew about the risks from its work but its safety standards fell well below the legal minimum. As a result, an elderly woman has lost her life."

More information on gas safety is available at www.hse.gov.uk/gas.