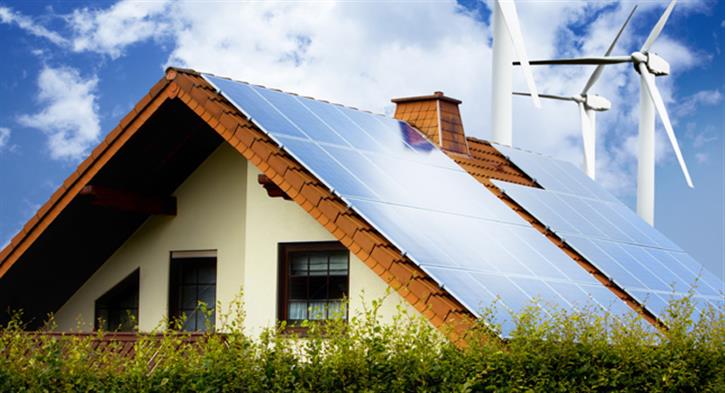 Measures to deal with a projected over-allocation of renewable energy subsidies were announced by the Conservative Government on 22 July.

It is hoped the measures set out will provide better control over spending and ensure bill payers get the best possible deal as the country continues to move towards a low-carbon economy.

Energy & Climate Change Secretary Amber Rudd said: “My priorities are clear. We need to keep bills as low as possible for hardworking families and businesses while reducing our emissions in the most cost-effective way.

“Our support has driven down the cost of renewable energy significantly. As costs continue to fall it becomes easier for parts of the renewables industry to survive without subsidies. We’re taking action to protect consumers, while protecting existing investment.”

Financial support for schemes such as the Feed-in Tariff (FiT) and the Renewables Obligation (RO), come primarily in the form of subsidies, which are paid for via energy bills.

The total amount of subsidies available is capped via a mechanism called the Levy Control Framework (LCF).

The Office for Budget Responsibility’s latest projections show that subsidies raised from bills are currently set to be higher than expected when the schemes under the LCF were set up.

This is due to a number of uncontrollable factors such as lower wholesale electricity prices, higher than expected uptake of the FiT and the RO and a faster than expected advancement in the efficiency of the technology, meaning renewables are projected to generate more electricity than previously thought.

The government will also:

RenewableUK has expressed dismay at the proposed changes.

“Removing certainty will worry energy investors and can only increase the cost of developing renewable projects. Government knows this, but is pressing ahead regardless.”

“The FiT is a British success story, but continual rule changes and policy swerves will hurt. Local communities, farmers and small businesses will be hard hit by today’s announcement, and are being denied the opportunity to generate their own clean power and cut their energy bills.”

Ms McCaffery called for industry and government to agree on a long term strategy with financial support being reduced gradually and appropriately over a clearly set out timescale – not short-term changes coming out of thin air.

RenewableUK also argues that the government is trying to justify its changes by citing statistics which over-estimate the amount of financial support needed for renewable energy under the Levy Control Framework. Ministers are quoting the OBR’s Economic and Fiscal Outlook, which published estimates on the costs of all environmental levies earlier this month, but did not explain its methodology, the association claims.

“If investors are to have confidence in forecasts then the government needs to show its workings. Industry is committed to delivering much-needed low-cost carbon energy within the available budget and the Committee on Climate Change agrees that there is enough funding in the Levy Control Framework to meet our renewable energy targets, so government needs to be clear about its own calculations as well as how many renewable projects it expects to connect between now and 2020,” concluded Ms McCaffery.

Stewart Clements, director of HHIC said of the measures as they relate to the FiT: “We need a decision one way or another; businesses are unable to make investment decisions with this uncertainty hanging over them.

“The Tories claim to be a party for business yet here is an example of them failing to understand the implications of their lack of action. It wouldn’t be so bad if we at least had an inkling of when the decision might be made.”

The Feed-In Tariff is a payment made to households or businesses that generate their own electricity through the use of methods that do not contribute to the depletion of natural resources, proportional to the amount of power generated, most commonly solar PV.

MicroCHP, is also covered by FIT, and works by operating at times of peak demand on the national grid, helping to reduce pressure and support the grid through electricity export. As the electricity is produced at the point of use it means that there isn't any loss during transportation making the system extremely efficient.

“To achieve economies of scale at a manufacturing level and thus reduce costs to consumers, hundreds of thousands of pounds needs to be invested, yet manufacturers are understandably reluctant to make this level of investment until market demand increases,” Mr Clements argued. “This is where FIT plays an important role.”