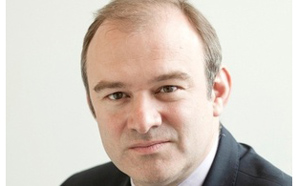 Since the Energy Company Obligation (ECO) and Green Deal initiatives were launched they have delivered new boilers, windows and insulation to around 830,000 extra houses, bringing tidings of toastier homes and lower bills, the department announced.

Many were poorly-insulated and damp, costing over the odds to heat, while a substantial part of the work under ECO helped people living at risk of fuel poverty.

“Thanks to our ECO and Green Deal policies one million energy efficiency measures such as new boilers and insulation have now been installed in less than two years, making homes across the UK warmer and cutting household bills for this Christmas, and every Christmas.”

With additional Green Deal funding to be released in February and energy suppliers still delivering measures to meet their ECO targets by March, more homes will receive help in the New Year.

The 1 million milestone comes a week after the second release of the Green Deal Home Improvement Fund.

Homeowners can apply for up to £1000 if they install two measures from a list of home improvements under the Fund.

In addition, a new £25 million grant announced as part of the Autumn statement will see an extra 8000 low-income households benefit from first-time central heating for off gas grid homes.