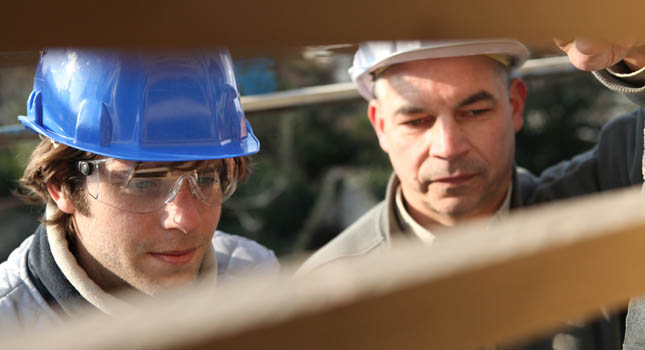 Three quarters of UK business owners struggle to find the right employees according to a new survey.

Responses to the survey appeared to reveal a reluctance by employers to take on apprentices to address their recruitment difficulties.

constructaquote.com, a trade insurance specialist, questioned 1,890 self-employed adults in the UK to find out how they felt about the workforce market place.

Respondents came from all sectors of small and medium-sized enterprises with the majority employing between one and three people (34%).

Seventy seven per cent of respondents said they struggled to find the right kinds of people to work for them, with 4% saying this is always a problem. By comparison 23% said they never had any trouble filling vacancies.

When asked why they struggled to find the right people 67% said the candidates did not have the correct skills for the job, while 48% said they did not have the work ethic they were looking for. Thirty-seven per cent said they didn’t have enough people applying for vacant posts and 15% admitted they would rather take on people that they know.

Although the apprenticeship scheme was established in the UK over 50 years ago, it seems that for some SME business owners, taking on an apprentice isn’t an option.

Of those who hadn’t taken on an apprentice 40% said apprentices only go on to leave the business as soon as they are trained up, and 34% said it was too much of an administrative burden to take one on.

Fifty-two per cent of those businesses owners who had taken on an apprentice told constructaquote.com they had done so as they felt a responsibility to teach skills to youngsters, and 22% said it was a great scheme as you get help to pay for training.

Lyndon Wood, chief executive officer and founder of constructaquote.com, said: “Our findings show that despite many small businesses in the UK struggling to find the right skills for their companies they are still reluctant to take on apprentices.

“Apprenticeship schemes aren’t just for building trades or hairdressers, these days apprentices can be in any sector. It is a great scheme that can help upskill your workforce and teach them about your business and industry.

“On the job learning is the best way to get to grips with an industry. It’s what I did, and this year I had the honour of celebrating 25 years in business.

“So, even though the paperwork to take on an apprentice may put many businesses off, I think they should look again at these schemes to add talent and loyalty to their workforce and ensure that the skills they have as a trade are kept alive.”