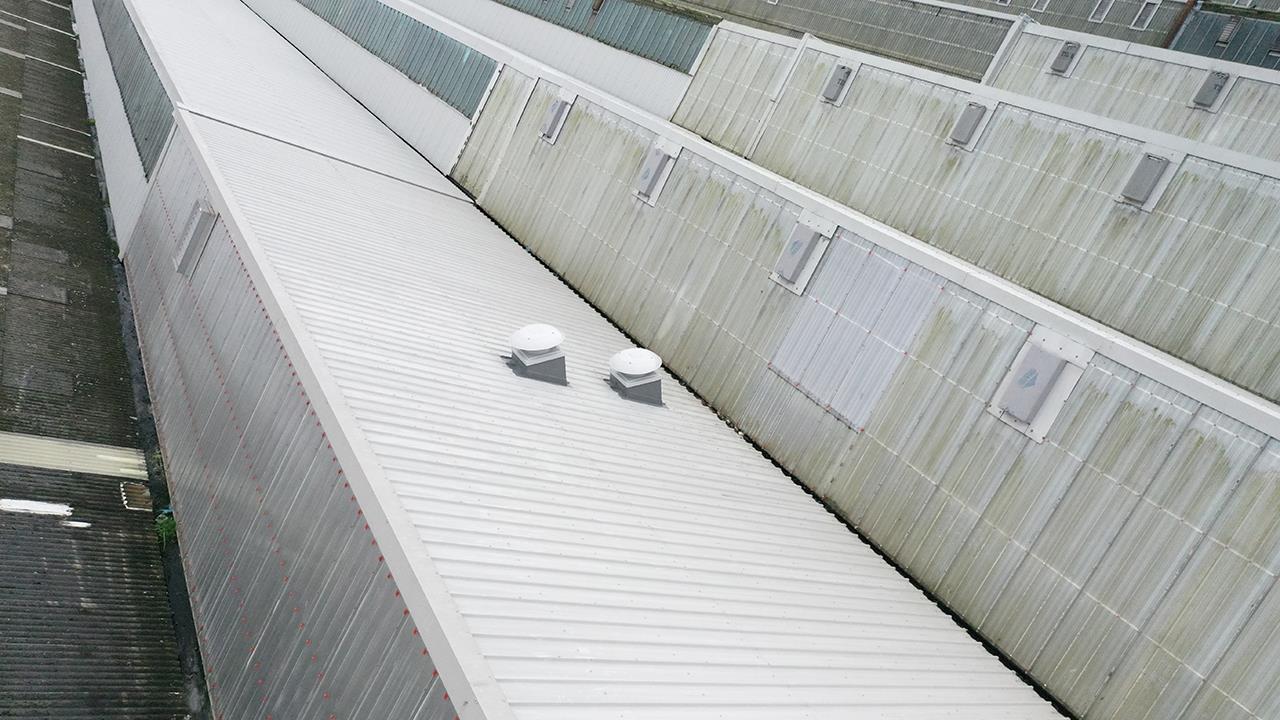 An axial roof fan from Elta Fans was selected as ventilation option of choice for a busy commercial kitchen. HVP reports.

With the rise of veganism showing no signs of slowing down, plant-based meal provider allplants decided to consolidate its seven sites into a single, central facility. When the contracting company Forma London was presented with the challenge of sustainably fitting out the new building, it turned to Elta Fans to deliver an efficient ventilation solution.

Vegan diets are becoming increasingly popular for a variety of different reasons, including health, climate change, and animal welfare. As plant-based diets become mainstream, there is a growing need for convenient, meat-free meals, and offering greater choice for consumers.

Allplants set out to meet this demand, making delicious frozen meals and delivering them straight to customers’ doors. Its success derives from the passion of its two founders, JP and Alex, and has necessitated the consolidation of its multiple sites into one central facility.

A kale to arms

Moving to new premises provided allplants with the opportunity to fit out the building with sustainability at its core. All the desks, for example, are made from locally sourced, sustainable wood, but it was in the kitchen that the greatest challenge was posed.

Forma London, a principal contractor based in the capital, was tasked with delivering the project. Combining construction expertise with eco and ethical credentials, the contractors began working on providing ventilation for the meal provider’s centrepiece – the development kitchen.

The kitchen is where the magic happens, allowing allplants to ensure the meals it produces are as tasty as possible. As specialists in microwavable food, the traditional ventilation set-up of a commercial kitchen was far greater than what the site needed.

Anthony Afram, Building Services Manager at Forma London, commented: “Balancing energy efficiency with performance output is a priority in any project, but given the nature of the client, this took on a whole new level of importance.”

“The challenge of equipping the kitchen with the right ventilation was highlighted by the two bifurcated axial fans that we were originally quoted. These would have been perfect for a busy commercial kitchen, but for this application they were overkill. In terms of expense and performance, they would have been much more than required, and ultimately incurred far higher running costs than necessary.”

It isn’t just for the purposes of corporate social responsibility or an altruistic mindset that businesses must pay close attention to the energy credentials of their ventilation systems. Building Regulations and Ecodesign Directives obligate everyone in the supply chain, from manufacturer through to contractor, to select and supply ventilation with maximum levels of efficiency. This means that most commercial and industrial fans need to be provided with functionality that allows control over fan speed and power.

In the context of allplants’ kitchen, this meant specifying a fan that was appropriate for a busy, but pollutant-low kitchen. Owing to its position as the first ErP-compliant low silhouette axial roof fan on the market, the decision was made to turn to Elta Fans’ Skyflow SSRL EC. Equipped with an EC motor with an integral potentiometer commissioning device as standard, the fan is suitable for environments such as a light commercial kitchen.

Anthony continued: “For applications such as this, where ventilation requirements may be variable, the ability to control fan speed through intuitive controls is vital. It also highlights the importance of not over-specifying, as it can be all too easy to opt for the highest performance available, without consideration of the energy expenditure.

“Elta Fans’ Skyflow SSRL is a great example of the energy saving possibilities associated with the latest ventilation technology. Opting for the most efficient products can make a significant contribution to the overall energy credentials of a building, and projects such as this illustrate what is possible.”

Allplants is understandably concerned with sustainability, and the fitting out of its premises necessarily reflects this. However, it is important to be aware that its growth as a company shows the overall trend towards an environmentally-conscious society. As legislation is introduced to reflect this, those tasked with providing ventilation must ensure they opt for solutions that balance performance with optimum energy efficiency.

AXIAL FAN COMMERCIAL ELTA FANS KITCHEN VENTILATION
Tweets by HVP
Make sure you’re on top of changes in the industry, and sign up for free to receive your monthly copy of HVP and our weekly email newsletter
SUBSCRIBE TO NEWSLETTER
SUBSCRIBE TO MAGAZINE