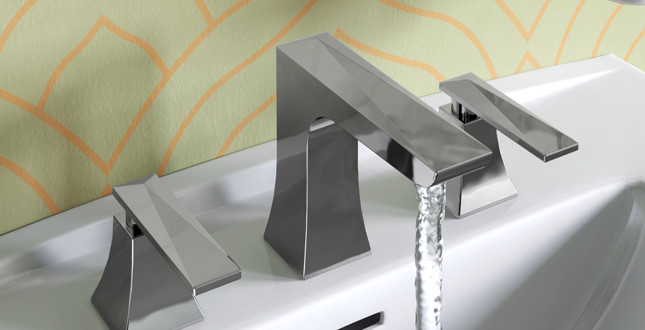 Amid the dominant trend for minimalistic bathroom design, consumers continue to favour simple, pared-down taps and showers. Matthew Hicks, Product Manager at Bristan, talks about how installers can make the most of detailed minimalism.

Last year bathroom revamps were big business, with over 830,000 renovations taking place. This is likely to continue throughout 2017, creating a key opportunity for installers to offer product recommendations and demonstrate their industry expertise.

However, to make the most of the current appetite for bathroom updates, it’s crucial to stay on top of the latest styles in order to recommend fittings that suit homeowners’ design aspirations.

For many, it will come as no surprise that minimalism is continuing to rule British interior design, but for 2017 there are fresh new takes which focus on understated design flourishes. These intricacies are subdued enough to remain minimal, but add a little character to otherwise low-key fixtures.

When it comes to bringing this into the bathroom, taps and showers are a great place to start. Whatever the budget, the right tap or shower can make a big impact on the overall look – below are a few easy ways to help customers achieve the style they want.

While taps may not be the first feature that springs to a consumer’s mind when planning a bathroom, they are the fixture that the user will interact with most often, and what visitors to the home are likely to notice first.

In light of this, it’s a good idea to have a few stand-out products in mind when speaking to customers for an instant style inspiration starting point. Luckily, designers are bringing increasingly sleek taps to market, which offer a subtle additional element perfect for 2017’s biggest trend.

One example of this is Bristan’s Ebony tap. The simple curved lines that form the body and spout create a more elegant minimalist shape than many of the ultra-industrial options on the market. For homeowners searching for a splash of drama that is compatible with a minimalist environment, open spouted taps are a great recommendation such as Bristan’s Hampton tap.

For most bathrooms, the shower is the centrepiece of the room, which means that the model selected needs to be perfectly representative of the desired theme.

When working with customers who want a modern minimal look, the latest generation of dual control concealed shower valves are a winner for both homeowner and installer. A firm favourite with consumers, the flexibility of their design means they can be teamed with fixed heads, handsets and body jets – with concealed versions being the preferred option.

However, they can be challenging to install, as it can be difficult for an installer to judge how much space is available behind a cavity wall, which has led to many installers recommending exposed dual control shower valves instead.

To alleviate this issue, Bristan’s dual control concealed shower valves can be fitted into a cavity as small as 35mm, and there is 17-30mm of inbuilt adjustability to provide further flexibility.

Installers can recommend concealed dual control options that incorporate small but impactful ornamentation for a shower, which will set the tone for the whole room and exceed the expectations of the customer.

Digital showers are another easy way to provide a minimalist shower solution. A digital valve does not necessarily need to be fitted in the showering area, and can be positioned up to 10m from the controller. This means that the valve can be installed in an airing cupboard for example, providing a smooth, unbroken wall effect in the shower area.

Digital units with white or black fascias are particularly suitable, offering a monochromatic minimalism look, which has a touch of Art Deco glamour that brings the bathroom to life.

While minimalism may not be a new trend, it is constantly evolving and this year customers will be looking for the beauty in design details. For installers, it is well worth staying ahead of the curve and developing a selection of product recommendations based on the current trends for a simple way of keeping an edge on the competition.