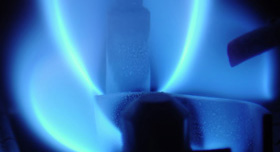 A gas fitter has been sentenced to community service after his installation of a new boiler system at a cottage near Montrose resulted in severe carbon monoxide (CO) poisoning.

David Stott’s substandard work on the boiler in the rented cottage exposed the tenant’s family to potentially lethal CO.

As a result of the Mr Stott’s failings, the tenant was poisoned by CO, endangering his life and leaving him with long term sleeping problems, Forfar Sheriff Court heard on 12 November.

Mr Stott installed the boiler at the property on 28 October 2013, and provided paperwork and a demonstration of how the boiler worked to the owner of the cottage and the wife of the tenant, who had lived there for eight years.

The following week, the tenant kept waking up with a severe headache and at one point collapsed when going to the toilet during the night. His wife also suffered headaches, dizziness, nausea and regular vomiting. Their pregnant daughter and her 20-month-old son, who attended the property during that week, also felt unwell.

Following ongoing symptoms, on Tuesday 5 November the tenant’s wife found their two dogs had vomited in the house, with one lying on the floor, apparently fitting and unable to stand. The tenant was found unresponsive in his bed, foaming at the mouth, with his eyes rolling in his head and his arms contorted.

The tenant’s wife mentioned the boiler to the attending ambulance crew and when they reached hospital his blood was tested for CO. His CO level was found to be 33.6%. Ordinarily, this would be expected to be 0% with anything over 15% considered serious poisoning.

A gas engineer who came out to look at the boiler noted the flue chimney had been four inches out of line with the boiler outlet and reported the matter to the Health & Safety Executive (HSE).

The subsequent investigation showed various failings including that the new boiler not been installed correctly in terms of the positioning, the connection of the flue chimney, and the necessary adjustments to take account of an LPG source at the cottage.

The way the boiler was fitted provided insufficient space to secure the flue chimney to the top of the boiler, causing excessively high levels of CO to be emitted into the kitchen area and the void where it could escape into other parts of the cottage.

The court heard the tenants have since moved from the cottage into a flat due to psychological and sleeping problems. One of the couple’s dogs had to be put down after the exposure.

HSE inspector Niall Miller said after the hearing: “The extent of Mr Stott’s failure was significant.

“The levels of CO were far in excess of permissible levels and, given the total failure to connect the flue chimney, this was able to escape into the property.

“The male tenant in this property could easily have died and other people in the cottage were exposed over a number of days.”

David Stott of Waterside Road, Montrose pleaded guilty to breaching Sections 3(2) and 33(1)(a) to the Health & Safety at Work Etc Act 1974 and was sentenced to 200 hours community service to be completed within one year.