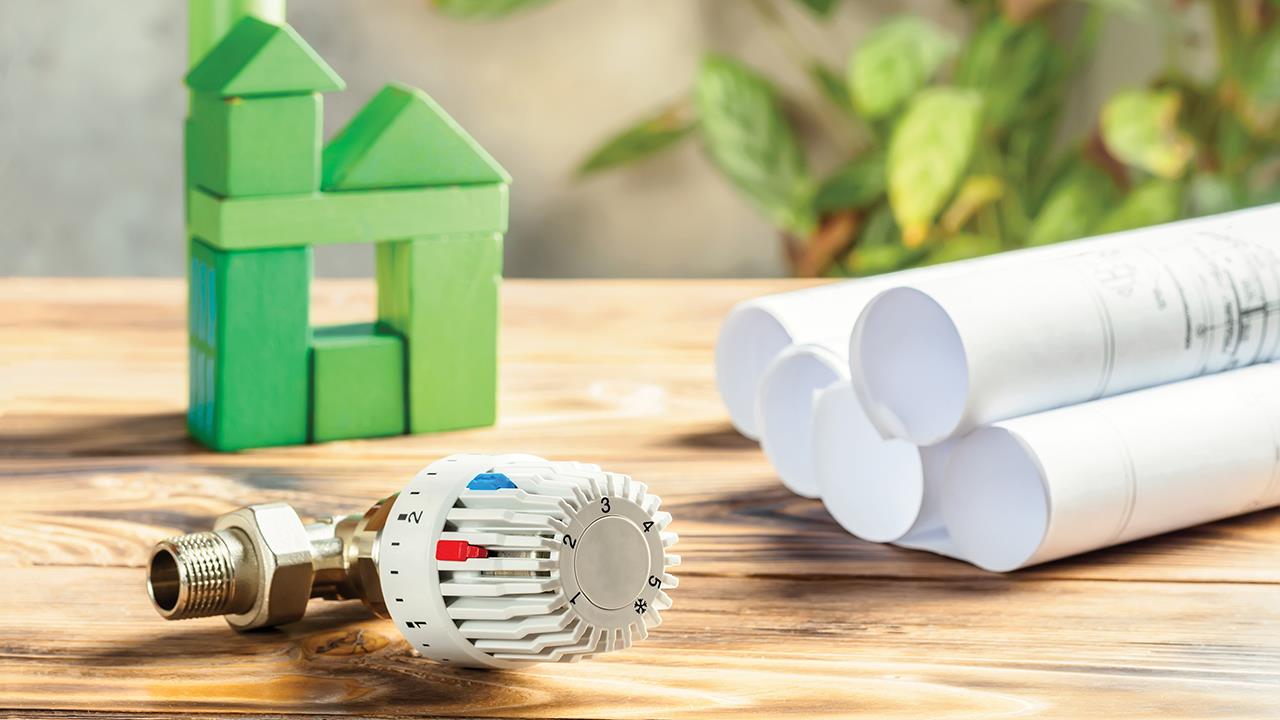 UK householders could be about to form a whole new relationship with the energy they use. Recent years have seen an increasing emphasis from government on the need to improve the energy efficiency of our housing and to invest in low carbon forms of heating, but real progress has been slow.

Largely this has been because householders have a limited motivation to think about their energy use and, even when encouraged to lower their carbon footprint, the cost of an upgrade is a significant barrier, particularly when contrasted with other, more enticing, possible uses of the money.

As highlighted previously in this column, higher energy bills will form a significant part of the rising costs of living people are likely to experience in the short to mid term.

Now it seems that the crisis in Ukraine will make this even worse. The energy price cap, which limits what suppliers can charge, is already due to rise by £693, to £1,971 in April, and the bank Investec has now predicted that this could hit over £3,000 a year for the average home when it is further adjusted in October – a near tripling of energy bills for many families as they go into next winter.

The first probable change brought on by these price rises is that people are likely to pay more attention to the amount of energy they are using, and will be more open to suggestions of how they can use less. While this in itself is likely to lead to an uptake of energy efficiency measures, it will be important for the heating industry to emphasise the increasing cost effectiveness of many energy saving measures that might otherwise have been seen as not worth the effort.

A gas boiler is by far the biggest energy using appliance in the home; responsible for about 80% of all energy used. The difference in unit cost between gas and electricity means that gas is a smaller proportion of the total energy bill, but it is possible to estimate the likely cost of heating alone in an average house heated with a gas boiler, and then work out how the potential payback for heating energy efficiency measures changes when we factor in the estimated energy costs in October. The results are illuminating.

The addition of thermostatic radiator valves (TRVs) to an existing heating system has always been seen as a difficult measure to promote, even though it is fully accepted as a proven energy saving measure. Using current figures for average heating costs, the payback for adding TRVs to an existing system has always been around three years, so that, alongside a boiler replacement that is going to last 15 years, will see you pay off the extra cost quickly, and the occupants can be confident that they will be saving around £1,000 over its lifetime.

However, three years can seem like to a long time for consumers to get their money back and it is well known that decisions tend to focus on the short, rather than longer, term. With the much higher fuel bills predicted, payback is likely to be down to a single heating season, and the lifetime savings could be over £5,000. These are the type of figures that people cannot afford to ignore.

This scale of change in the payback of heating energy efficiency measures will apply across the board. Not only does it make energy efficiency a much better economic proposition, it will also help to overcome some of the issues that affect their application. Going back to the example of TRVs, there can be issues adding these to older radiators, but the higher savings potential now means it will make economic sense to replace those radiators as part of the job – something that will also reap performance and efficiency benefits for the householders.

Looking at things from this new perspective means that energy efficiency moves beyond being a ‘nice to have’ to something that you could almost consider negligent to ignore when the opportunity arises.

Adding good practice heating controls and spending extra time to set up and balance a heating system following a boiler replacement could both fall into this category.
Significantly higher energy costs are almost certain to drive a new dynamic in people’s perception of energy efficiency. Of course we need to ask the question of whether higher costs will remain after the current crises. The cynical answer is to say that it always seems easier for utility costs to rise than to fall, but the changing landscape for energy and the intention of government to rebalance costs of gas and electricity mean that higher gas costs may well become the norm.

Customer queries to the heating industry over the next few years are likely to increasingly focus on practical ways to reduce energy use. Not only does industry have solutions, the economic justification for taking action is likely to make it imperative that those solutions are implemented.

BEAMA HEATING HEATING CONTROLS TRVS
Tweets by HVP
Make sure you’re on top of changes in the industry, and sign up for free to receive your monthly copy of HVP and our weekly email newsletter
SUBSCRIBE TO NEWSLETTER
SUBSCRIBE TO MAGAZINE