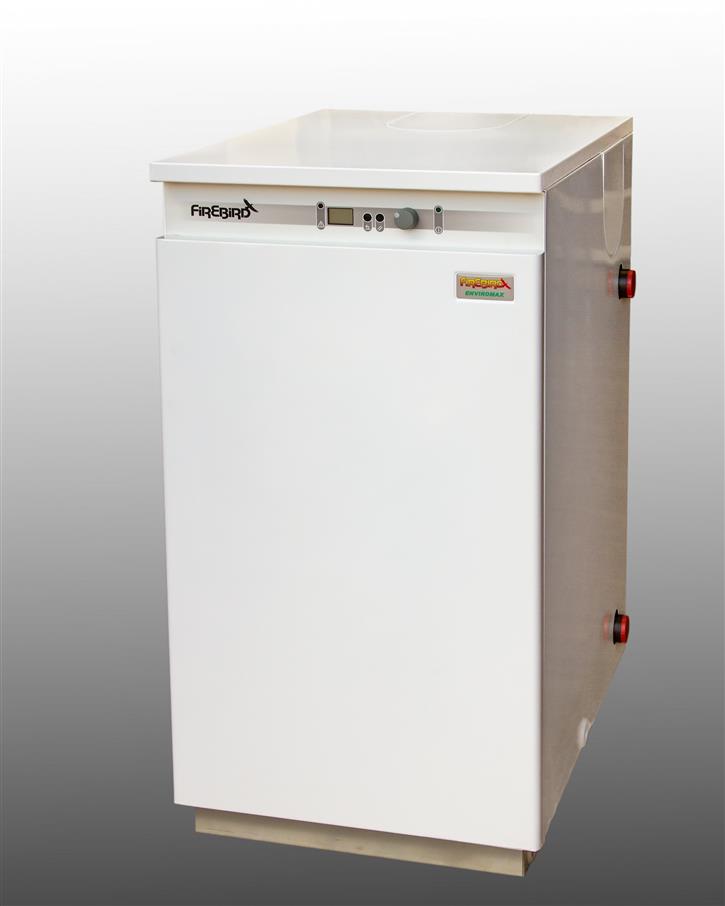 Firebird has introduced a new, upgraded version of their flagship Enviromax Kitchen boiler. The new and improved condensing oil boiler now features a digital control panel giving the end user more precise control over the boiler settings and enabling them to easily view the boilers performance and temperature.

When Firebird first introduced their Enviromax oil fired condensing boilers in 2007, theirs was no simple adaptation of an earlier non-condensing model. Instead, Firebird’s R&D team went back to basics and designed the Enviromax as a completely new model, incorporating some radical, unique and now well proven design benefits.

“It is genuinely a true condensing boiler because it has been purpose designed and built, starting from a blank piece of paper on the drawing board and then based on extensive research from around the world. It challenged existing mere adaptations to create a truly innovative condensing oil fired boiler.” Says Firebird Heating Solutions, UK General Manager, Debbie Coley.

“More and more installers are recognising and appreciating the huge benefits of the Enviromax” adds Debbie.

Having been designed with new build and the replacement markets in mind, Firebird also made life easier for the installer by incorporating four BSP tappings which allow the installer to retrofit a new Enviromax replacement boiler without the need for major pipework alterations. Together with the multi-directional balanced flue system, this ensures there are virtually no situations where a Firebird Enviromax cannot be installed.

The Enviromax has since been upgraded with the introduction of technological improvements, most recently and most notably with the introduction of the Riello self-diagnostic digital control box with built in post-purge feature and designed specifically for the Firebird Enviromax. It supersedes electronic controls, giving greater accuracy, speedier reaction and increased energy efficiency with resultant fuel savings and reduced carbon emissions. Digitising the control function brings in self-diagnostics and identifies remedial action in the unlikely event of the control box preventing the burner from firing. Firebird also led the way with the introduction of an all plastic, rust and corrosion proof plume dispersal kit which is easy to cut on site reducing the number of joints required and effectively eliminating nuisance pluming across windows or neighbouring properties.

Now available in outputs up to 100kW, Enviromax boilers feature built in pump overrun and a built in low pressure switch on system models and there is no condensing and primary exchanger link pipework requirement.

Also with the installer in mind, when it comes to servicing, the single door access allows full scope to all the internal baffles and exchangers and, having the condensate trap at the base of the appliance, also allows the flue ways and secondary exchanger to be washed through without compromising any internal components.

These product benefits, many of which are unique to Firebird, are also featured in the upgraded Enviromax kitchen boiler which is now available and which will undoubtedly cause great excitement, not only for existing Firebird installers, but for other professional installers who wish to fit a highly efficient, well proven, reliable and extremely robust, trend setting condensing oil fired boiler.