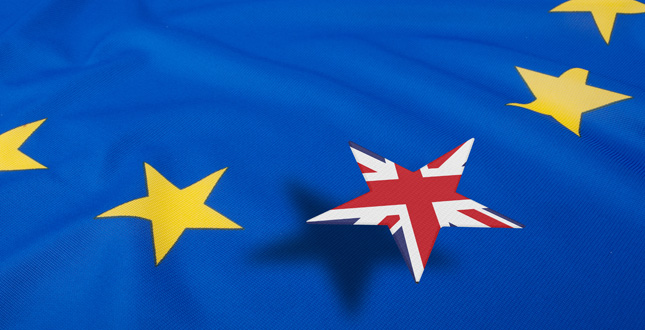 The EU Referendum result has caused uncertainty in the construction industry, with many associations and industry bodies calling on the government to react quickly in order to reassure the financial markets.

The UK voted to leave the European Union by a narrow margin of 51.9% to 48.1%. Financial markets reacted badly to the announcement, which was made in the early hours of 24 June, 2016. The Pound fell to levels not seen since 1985, while the FTSE 100 index fell 8%, though recovered to a fall of 2.5% later in the day. The housebuilding sector also suffered sharp falls in share prices.

The construction industry is now calling on the government to react quickly in order to reassure the markets and establish a framework going forward.

The Federation of Master Builders (FMB) warned that government must ensure whatever new immigration system is now put into place provides the construction sector with enough skilled workers to build the homes and infrastructure projects we need.

Brian Berry, FMB chief executive, said: “The UK construction industry has been heavily reliant on migrant workers from Europe for decades now – at present, 12% of the British construction workers are of non-UK origin. The majority of these workers are from EU countries such as Poland, Romania and Lithuania and they have helped the construction industry bounce back from the economic downturn when 400,000 skilled workers left our industry, most of which did not return. It is now the government’s responsibility to ensure that the free-flowing tap of migrant workers from Europe is not turned off. If Ministers want to meet their house building and infrastructure objectives, they have to ensure that the new system of immigration is responsive to the needs of industry."

He continued that the UK must also invest in 'home-grown' talent by boosting apprenticeship training and providing sufficient funding.

He said: "The next few years will bring unprecedented challenges to the construction and house building sector, and it’s only through close collaboration between the government and industry that we’ll be able to overcome them."

The British Property Federation (BPF) said stabilising the pound has to be the government's first priority.

Melanie Leech, BPF chief executive, said: "The priority for the government and the Bank of England must now be to stabilise the position and maintain confidence in the UK. The negotiation process is going to be long and complicated, and there will be many unknowns ahead. Our priority is that the government maintains focus on existing national priorities such as housing and that it makes decisions on major infrastructure projects, such as airport capacity and maintaining momentum around HS2, swiftly."

John Newcomb, managing director of the Builders' Merchants Federation (BMF), commented: "The BMF fully respects the democratic decision that has been made by the British people and in which our members, their employees and customers have participated. Our priority now is to work together in the BMF and with other trade bodies to make sure the construction industry is properly consulted and engaged in discussions with the government about the implications of the vote to leave the EU. There are many important issues to raise on behalf of BMF members about future changes that impact on jobs and the future of projects and funding that are linked to the government and in some cases to the EU."

Mr Newcomb said the BMF will now participate in discussions with other construction trade associations such as the Confederation of British Industry (CBI), Construction Products Association and FMB about the impact of the decision, before issuing a more detailed statement.

The UK Green Building Council (UK-GBC) stressed the importance of the UK continuing to address issues such as climate change and sustainability.

Julie Hirigoyen, CEO of UK-GBC, said: "Brexit is already sending shockwaves through the construction and property sector, the scale of which won’t be clear for some time. It will be a tough trading climate, that will impact companies both large and small.

"Both economic and political uncertainty will have some people asking whether the green agenda needs to be deprioritised while business goes into firefighting mode. This must and need not happen. Arguably now more than ever we need to minimise future risk, reduce costs, add value for clients, generate new commercial opportunities and ensure we have the best people working as productively as possible. A sustainable built environment is fundamental to these objectives.

"UK-GBC will redouble its support of the industry, make the business case for sustainability, and explore more deeply the commercial drivers for sustainability. We will encourage an unprecedented collaboration between progressive businesses, green groups and other trade bodies. We will take the argument to Government that a low carbon, sustainable built environment is good for UK Plc, and that this requires a clear and consistent policy landscape - in or out of the EU.”