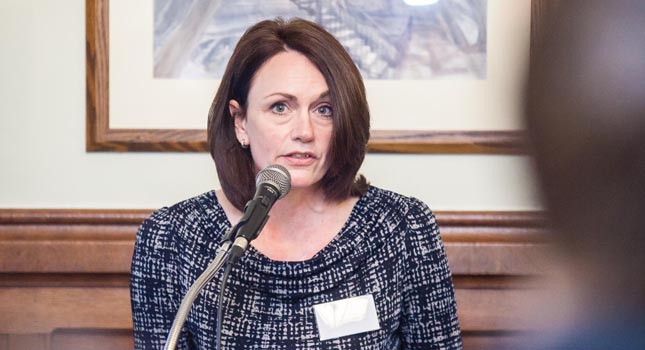 Private landlords will be required by law to install working smoke and carbon monoxide (CO) alarms in their properties, under measures announced by Housing Minister Brandon Lewis on 11 March.

The Department for Communities & Local Government announced that from 10 October 2015, private landlords will have to install CO alarms in “high risk rooms”. In addition, funding for fire and rescue authorities to offer free CO alarms has been announced, along with indication of further non-regulatory interventions to follow.

This follows a review of property conditions in the private rented sector, which found that current provisions for CO safety were inadequate to protect families from poisoning.

A provision to enable this within the Energy Act 2013 received cross-party support, and paved the way for this change.

Members of the All-Party Parliamentary Carbon Monoxide Group (APPCOG), which called for each of these policies in its January 2015 inquiry report, ‘Carbon Monoxide: From Awareness to Action’, were instrumental in leading the calls for implementing the far-reaching legislation.

Baroness Finlay of Llandaff, APPCOG co-Chair, said: “Having co-chaired the 2015 inquiry report, and worked hard with Parliamentary colleagues to push this through, I am delighted that the government has taken the sensible step to implement changes. While no substitute for the proper servicing and use of appliances, audible CO alarms can and do save lives, and at very little cost. This is a huge victory for CO safety in the home, especially for those in the private rented sector, who have been identified as being particularly at risk.

“However, we must not be complacent as we still have much to do. The APPCOG has just published a new report, which emphasises the need to improve data and understanding with regard to CO exposure, and calls for an increased role for the fire and rescue authorities, which has been echoed by today’s announcement.”

Fellow APPCOG co-Chair Jason McCartney MP, added: “Data indicates that those renting from private landlords can be at a higher risk of a CO incident than other occupancy types. Forecasts suggest that there will be more than 6 million privately rented households by 2019, and as more and more people are becoming renters it is vital that we pay attention to risks in these homes. I am thrilled that the government has taken this simple step to help tenants be safer in their homes from CO poisoning.”

The hope is that the measure will not only alert private renters to dangerous build-up of CO gas, but also have the additional benefit of raising national awareness of this silent killer.

Plumb and Parts Center, which has been pressing for the government to change building regulations surrounding CO alarms through its campaign, Make CO Alarms Law, also welcomed the announcement.

“We’re pleased the government has acted to make it compulsory for private landlords to install alarms in rental property, which will help save lives,” said Plumb Center’s Gail van Dijk. “We would like to see them go further and make it mandatory for alarms to be installed when all carbon-burning appliances are changed, which is already the case in Scotland and Northern Ireland. However we welcome this move as a first step in preventing deaths.”

A Private Member’s Bill was brought forth by APPCOG member Andrew Bingham MP six months ago, which would bring English regulations on CO alarms closer to those that already exist in Scotland and Northern Ireland. The Bill received cross-party support during a short second reading in the House of Commons on 12 September, though is unlikely to be read again before Parliament is dissolved.