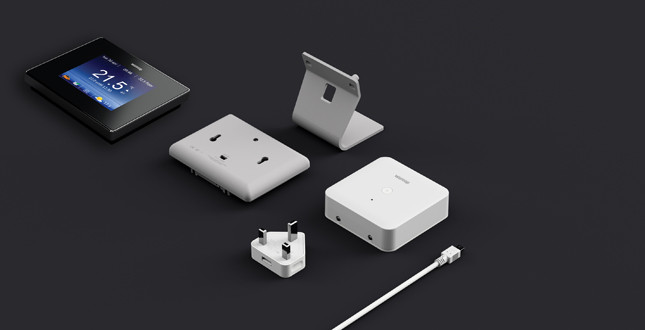 HVP met with Warmup at the ISH Exhibition to get the company’s views on the rapidly expanding smart controls market, and how installers can be sure they’re getting the most out of the sector.

With smart controls quickly establishing themselves as one of the most dynamic sectors of the heating industry, many manufacturers are looking to capitalise on the opportunities that lie within. It’s not just the traditional control companies either, with new control systems being launched by boiler and underfloor heating (UFH)manufacturers as well.

One such company is Warmup, a London-based manufacturer that has been selling UFH to installers for 23 years. Covering electric, hydronic and hybrid systems, Warmup has expanded its product portfolio to include smart control systems.

Nick Felsing, Warmup’s sales and marketing director, explained why the company is looking to offer something different from the rest: “Warmup has never done a ‘me too’ product,” he said. “We’re not just trying to offer an app that works on your phone.”

For Mr Felsing, offering homeowners real ‘smart’ control is about creating a system users don’t have to think about.

“My life isn’t about sitting on the sofa being happy because I can turn the heating up and down with my phone, and I’m sure it’s not other peoples’ either,” he continued. “A truly smart home is one where, if my habits change on a particular day, the heating adjusts without me having to think about it – that’s the key difference.”

Features within Warmup’s own products include SmartGeo technology, which works with a smartphone app to monitor where the homeowner is in relation to their home. The system then adjusts itself to ensure that the home will be at the correct temperature when the homeowner walks through the front door, but no earlier – saving energy that might be used unnecessarily.

“The great differentiation is that the technology is thinking ahead,” Mr Felsing explained.

“Instead of just switching the heating off at 8:30am as instructed, it’s saying ‘in this half hour you won’t notice a degree difference in temperature, so I’ll turn the heating off at 8am’, so that by the time you leave the house it’s already at the temperature you want to leave it at – saving the extra cash.”

While the hype surrounding the smart control market centres mainly on its ability to remotely control a heating system through a smartphone, it is still true that most homeowners wouldn’t consider replacing their existing controls just to gain that functionality. Instead, most new control installations take place at the same time as other work, such as a boiler replacement or UFH installation.

For these homeowners, the primary driver is often finding a way to save energy and, therefore, money from their heating bills, as gas and electricity prices continue to rise. These learning protocols can make a real difference, especially in a zoned system, saving energy by ensuring individual rooms are only heated when necessary.

An additional feature Warmup offers to help with this is EasySwitch, A tool that can suggest the homeowner the best tariff available in their area. It can even automatically switch them onto a new tariff when their current energy deal ends, if the homeowner wishes so.

With the number of people in the UK actively switching their energy tariffs still very low, this feature can ensure people are always on the cheapest tariff available, saving up to £330 according to government figures.

Cut through the confusion

Controls are constantly becoming smarter, with homeowners’ attention increasingly taken by features such as their compatibility with voice-operated automation systems like the Amazon Echo and Google Home.

The installer, however, still has a key role to play in which system is ultimately chosen, something that Mr Felsing believes they should make sure to capitalise on: “It takes a very empowered consumer to have done their research and know exactly what they want,” he said.

“I think installers are becoming considerably more aware of these products, seeing the cross-selling opportunity and, more importantly, the time-savings and money available to them if they get it right.

“They just have to make sure that they’re asking the right questions from the start, so that they’re fitting thermostats that will work with other smart home products that customer may decide to install in future, or what they already have installed.”

Arguably the most important thing for installers is to ensure that they stay abreast of the systems available as the technology develops. Warmup offers training courses at its head office in London, both on its UFH and control products.

The company is also currently working on an app, which it plans to launch later this year, which installers can have on their phones and tablets that will include product manuals, installation tips and videos to help them while they are working.

“It’s about making installers’ lives as comfortable as possible, so they have all this information to hand,” Mr Felsing concluded.