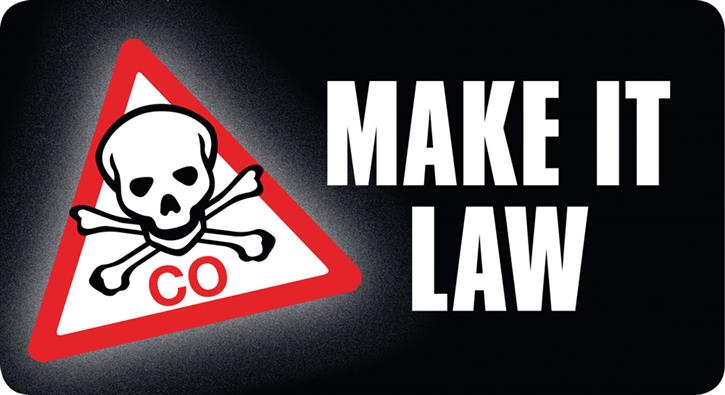 With Plumb Center and Honeywell campaigning for mandatory CO alarms, HVP takes a moment to remind installers why detection of this dangerous gas is vital

Plumb Center and Honeywell are calling on installers to support a campaign aiming to save lives with a simple change in the law.

The proposed change is to make carbon monoxide (CO) alarms compulsory with the installation of all carbon-burning appliances in England and Wales.

It will take 100,000 signatures via an online petition to move closer to triggering a debate in the House of Commons, so just one click at www.no-to-co.co.uk could help protect the thousands of people currently at risk from CO poisoning.

“The figures speak for themselves,” said Plumb Center’s Julie McLean. “It is estimated that around 100,000 people might be victims of poisoning without even knowing and around 4,000 are admitted to hospital every year with symptoms which could lead to brain damage and strokes. There is also an unacceptably high number of fatalities.

“We believe installers are the key to winning people’s hearts and minds. They have relationships with people in their local communities and can enhance their reputation by installing CO alarms, whether it’s the law or not.”

Frighteningly, only 15% of homes have CO alarms, according to research from the Council for Gas Detection & Environmental Monitoring (CoGDEM). This compares to 84% of homes that have installed a smoke detector.

Robert Burgon, chief executive officer of the Scottish & Northern Ireland Plumbing Employers’ Federation (SNIPEF), said: “SNIPEF supports this campaign to see the mandatory installation of CO alarms extended to England and Wales. This is already a requirement in Northern Ireland and Scotland and feedback from members indicates it is working well.

“There is considerable potential to save lives at a relatively low cost. We also understand that awareness of the requirement to install alarms in new or replacement situations is leading to their voluntary installation when existing systems are being serviced.”

The online petition was created by Gordon Samuel, who tragically lost his daughter, Katie Haines, in 2010 as a result of accidental CO poisoning. Mrs Haines was newly married and aged just 31.

Mrs Haines’ case was fatal, but even in tiny amounts over a long period of time, CO can cause problems, because the gas is taken up in preference to oxygen by haemoglobin in the blood. This can cause brain damage and some people, particularly the elderly, are ill for months − even years – without knowing why.

Being aware of the symptoms is paramount to recognising CO poisoning and this is something that is heavily publicised on the Katie Haines Memorial Trust website at www.katiehaines.com.

Honeywell’s national account manager Adrian Keats said: “Getting the law changed will save lives, so let’s shout the safety message from the rooftops. We’ve been working with the Katie Haines Memorial Trust for several years and Katie’s story is heart-breaking. Surely it’s time to put an end to these needless tragedies.”

The final word comes from Mr Samuel, who speaks from experience. “We won’t rest until everyone in the UK understands the dangers of CO and takes steps to ensure they don’t fall victim to it,” he said.

“It’s vital people have an audible alarm, officially approved to EN50291:2010 (the European Standard for domestic carbon monoxide alarms) and have any carbon-burning appliances checked regularly.

“We welcome this campaign to get the law changed in England and Wales − it’s nonsense to only have tougher laws in Scotland and Northern Ireland.”