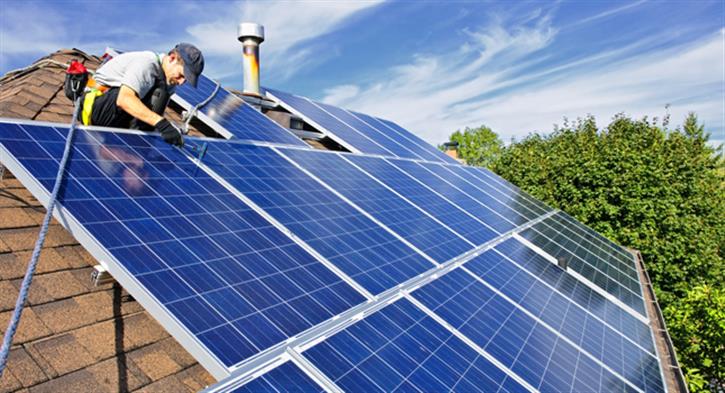 A campaign opposing the government’s plans to cut financial support to small-scale renewables, including solar panels, was launched by RenewableUK and the Solar Trade Association on 25 September.

The campaign, entitled People Power, is calling for members of the public, as well as the thousands of renewable energy employees, to petition the government to provide more stable support to these maturing sectors by writing to their local MP and harnessing the power of social media.

The government’s current plans are in danger of causing substantial job losses to the renewable energy sector by drastically reducing the amount of financial support local communities can receive from electricity suppliers for the clean power they generate.

The potential changes mean that a huge number of renewable energy projects would no longer go ahead and that homegrown electricity will be out of reach to ordinary households, farmers and small businesses.

Gemma Grimes, director of policy – consents and intelligence at RenewableUK, said: “This campaign is about sending a simple message to government: don’t wreck an industry, which for the first time has given people the power to control their own energy supply.

“Small-scale renewables is an extraordinary success in the UK, creating thousands of new green jobs and allowing local communities to generate their own clean energy. The Feed-in Tariff provides a lifeline to the rural economy, allowing farmers and small businesses to diversify their income and save on their electricity bills, especially during tough economic times. The government’s actions are in danger of consigning this great work to the past”.

Leonie Greene, head of external affairs at the Solar Trade Association said: “Poll after poll shows the great majority of the public strongly supports local renewable energy. Yet government proposals for Feed-in Tariffs are extreme and they will stop families and communities from investing locally in clean energy all over the UK. This would be an astonishing step backwards as we head toward crucial climate talks in Paris.

“To prevent this happening it is vital that people make their voice heard in Parliament right now. Individual voices are small but together we can deliver a message that Westminster cannot ignore. The Action for Renewables website makes it easy for people to contact their MP and urge them to fight these proposals and protect people power”.