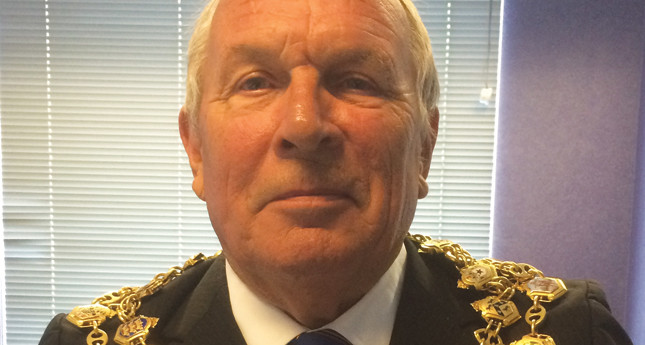 The Chartered Institute of Plumbing and Heating Engineering (CIPHE) has elected its new National President.

Geoff Westall EngTech MCIPHE RP was elected as National President at the Institute's AGM, which took place on 30 June at United Insurance Brokers Ltd, in London, while Tracey Richardson EngTech LCGI MCIPHE RP was voted in as the Vice President.

Geoff has been a long-standing CIPHE member, joining way back in 1981. He has served as CIPHE branch secretary for Lincolnshire and Area Co-ordinator for Midlands, as well as supporting outgoing President Paul Williams during the previous year in his role as Vice President.

In his address, Geoff spoke of his involvement with the CIPHE's Education and Training Group and the importance of the new Plumbing & Domestic Heating Technician Trailblazer Apprenticeship Scheme. He also spoke of his desire to see the establishment of a Building Services & Water Management degree courses in plumbing and heating engineering – a project being worked on in conjunction with Hong Kong and Heriot Watt universities. He said: "It will give plumbing professionals the opportunity to achieve Chartered status and thus raise the profile of the industry in line with architects, surveyors and civil engineers."

After touching on the 'Proud to be a Professional' campaign and the skills of head office staff, Geoff finished his speech by raising the matter of industry collaboration, saying: "It would be good to work closer with other organisations such as the APHC and Professional Engineering Institutes. While we all work in the same domain we all have our own speciality and could contribute a great deal in helping the industry move forward."

Kevin Wellman, Chief Executive Officer of the CIPHE, said: "The CIPHE is looking forward to another great year ahead, with Geoff and Tracey bringing their skills, energy and professionalism to vital CIPHE roles."