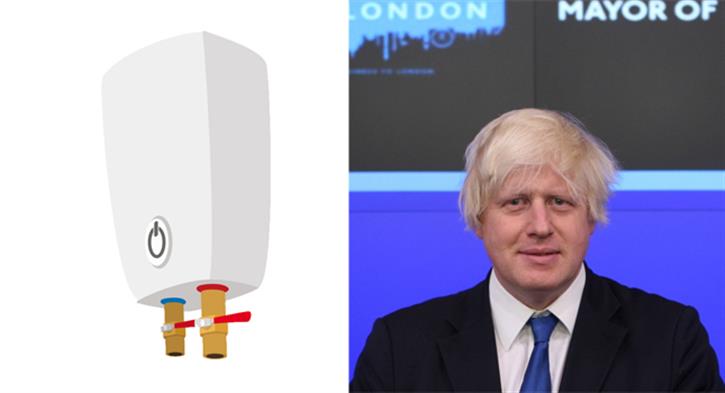 The industry must ‘learn its lesson’ from the London Boiler Scrappage scheme and simplify initiatives aiming to encourage homeowners to upgrade their inefficient boilers, according to Worcester, Bosch Group.

In line with plans to reduce emissions in the capital by 60% before 2025, the ‘Boris Boiler’ scheme was introduced in January 2016, promising residents of the capital £400 cash back to replace their older gas appliances with newer, cleaner models.

With the then Mayor of London stating that the scheme could offer potential savings of around £340 a year and reduce overall Carbon Dioxide emissions by 9,750 tonnes, it was assumed that the £2.6 million set aside would have been rapidly taken up by savvy homeowners. Yet, 12 months down the line, the scheme has still not exhausted this funding.

According to Neil Schofield, head of external affairs at Worcester, Bosch Group, the slow take-up could be down to the scheme’s ‘overcomplicated’ criteria, which state that any boilers being replaced must be Band G or below.

“We can only presume that there is still money left in the pot because homeowners are struggling to work out if their boiler is eligible. There aren’t too many people around who can identify a Band G boiler, especially given that SEDBUK ratings weren’t even in operation when manufacturers were allowed to make Band G appliances,” Mr Schofield explained.

“In light of this, those who developed the scheme have probably learned from their mistakes in that the scope of the scheme’s criteria was perhaps too complicated.”

Mr Schofield went on to underline that the idea of the scheme itself is a welcome one, but that changes would need to be made should other councils wish to adopt similar incentives.

“It is extremely encouraging to see that boiler scrappage is back on the agenda, and the administrative simplicity of the scheme must be praised – homeowners needed only to sign up for a voucher on the scheme’s website which would be filled out by their chosen installer,” he said.

“That said, we believe that it must be made equally simple for a homeowner to identify an eligible boiler in the first place. Opening the scheme up to any appliance that still has a pilot light or an open flue, for example, would have eliminated these complications and encouraged a much greater take-up.

“In terms of easy ways to improve energy efficiency within homes and lower carbon emissions, there is arguably no simpler a solution than a boiler scrappage scheme. However, if others councils are to follow in the footsteps of the London Mayor – and we sincerely hope they would consider doing so – the key is to make the scheme as easy as possible for homeowners to access. This means going back to basics where assessment criteria are concerned.”