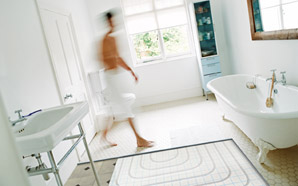 BEAMA’s independent campaign Ask for Underfloor is welcoming George Osborne’s announcement in yesterday’s Autumn Statement that stamp duty will be cut for 98% of homeowners.

Colin Timmins of BEAMA Underfloor said: “The slashing of stamp duty is not only a win for homeowners, but it is also promises to be a huge boost for the construction and renovation industry. When people move into a new home, they spend time and money doing it up, making improvements and putting their own mark on it – and our research shows that underfloor heating is one of the most desirable features that homeowners want.

“Further research by one of our members, Continental Underfloor, reveals underfloor heating is going to be a key feature for 2015. A third of house hunters want underfloor heating in all or some rooms and a fifth want it in key rooms such as the bedroom, bathroom or kitchen – a five per cent increase compared to statistics in January 2014. It’s no surprise that underfloor heating is rising in popularity – it’s widely seen as one of the most efficient ways of heating the home and can help homeowners reduce their energy bills, especially when used with smart heating controls such as the recently launched therM.

“The stamp duty reforms should lead to more movement in the property market, which in turn will result in more home improvements. This is great news for both the Ask for Underfloor members and installers around the UK, and we now urge the public to ensure they find reputable companies with tried and tested systems and products when planning and carrying out work in their new properties.”

For more information about underfloor heating and the Ask for Underfloor campaign, visit www.askforunderfloor.org.uk.

BEAMA ENERGY BILLS HEATING HOMEOWNERS SMART HEATING CONTROLS STAMP DUTY UNDERFLOOR UNDERFLOOR HEATING
Tweets by HVP
Make sure you’re on top of changes in the industry, and sign up for free to receive your monthly copy of HVP and our weekly email newsletter
SUBSCRIBE TO NEWSLETTER
SUBSCRIBE TO MAGAZINE