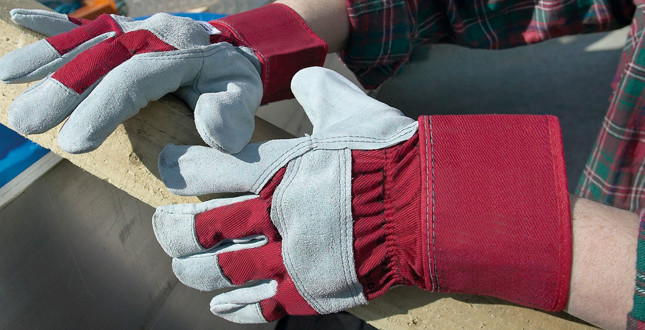 Safety product manufacturer Arco is warning tradespeople about the dangers associated with some leather safety gloves currently available on the market.

Following market surveillance carried out over two years ago on a number of EC type approved and CE marked leather safety gloves, Arco says that it has found worrying evidence of carcinogenic dangers in a number of safety gloves.

In independent due diligence testing initiated by Arco, a sample of a leather welder’s glove supplied by one distributor was found to contain illegal levels of Azo dyes, which are restricted substances of very high concern under REACH, due to being both carcinogenic and mutagenic.

What’s more, illegal levels of Chromium VI, were also present in the test sample. Chromium III salts are used in the tanning stages of leather production, with Chromium III usually being present in finished products. However, small amounts of chromium III can be oxidised to form the hazardous and restricted Chromium VI. This chemical can cause serious skin irritation and allergic reactions.

The issue of banned substances and hazardous chemicals being present in leather safety gloves is an issue known and acknowledged by the British Safety Industry Federation (BSIF). After Arco first raised concerns over two years ago following its initial market surveillance tests, Trading Standards and BSIF initiated port of entry checks, as a preventative measure to ensure substandard products do not enter the UK. However, results of the most recent tests show that failing products are still making their way into the UK marketplace.

Simon Harrison, Director at Arco, commented: “These findings are truly worrying, especially as these dangerous substances were found in products that are meant to keep you safe. It’s not only worrying that carcinogenic substances were found in approved products but it’s completely unacceptable. We have revealed alarming findings in the past surroundings the quality of certain protective equipment, but it’s even more worrying to discover the presence of substances that carry such a hidden threat level.”

Arco says that the latest findings reinforce the message that CE markings cannot currently be fully relied upon as a guarantee that PPE is fit for purpose and it is essential employers closely scrutinise their supply chains and challenge suppliers on how they validate their products.

To help employers feel confident that the PPE they are buying is fit for purpose, Arco urges they take the following three steps: