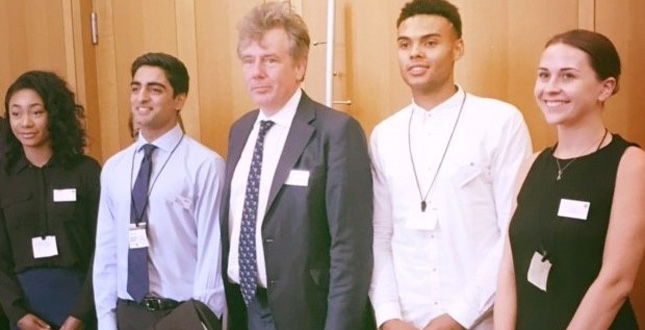 Three representatives have given verbal evidence to a UK parliamentary inquiry looking into apprenticeships on behalf of the Electrical Contractors' Association (ECA).

Apprentices Niall Watson of Derry Building Services and Charlotte Burton of NG Bailey participated in the session, alongside Frank Clayton, who is head of group learning and development at NG Bailey.

Both apprentices took part in a lively date with the MPs, describing how they got into their careers, including the limited role of their schools in this process. Their own experiences of undertaking apprenticeships were also discussed during the session.

ECA director of skills and employment Alex Meikle said: "The ECA would like to thank the three attendees for their participation in this important inquiry which seeks to understand why there is a growing skills gap in engineering.

"We hope this inquiry will help inform the government as to how to ensure young people are given the right careers advice and offered the necessary training to get ahead in the industry."

The session was chaired jointly by Hartlepool MP Iain Wright and Stroud MP Neil Carmichael. Following the session, the organisers said that MPs found it incredibly useful and that it would influence the future direction of the inquiry.

In due course the inquiry will ask new Skills Minister Robert Halfon MP to give evidence in response to the points made by the apprentices.

The inquiry is being held jointly by the House of Commons Business and Education Committees.