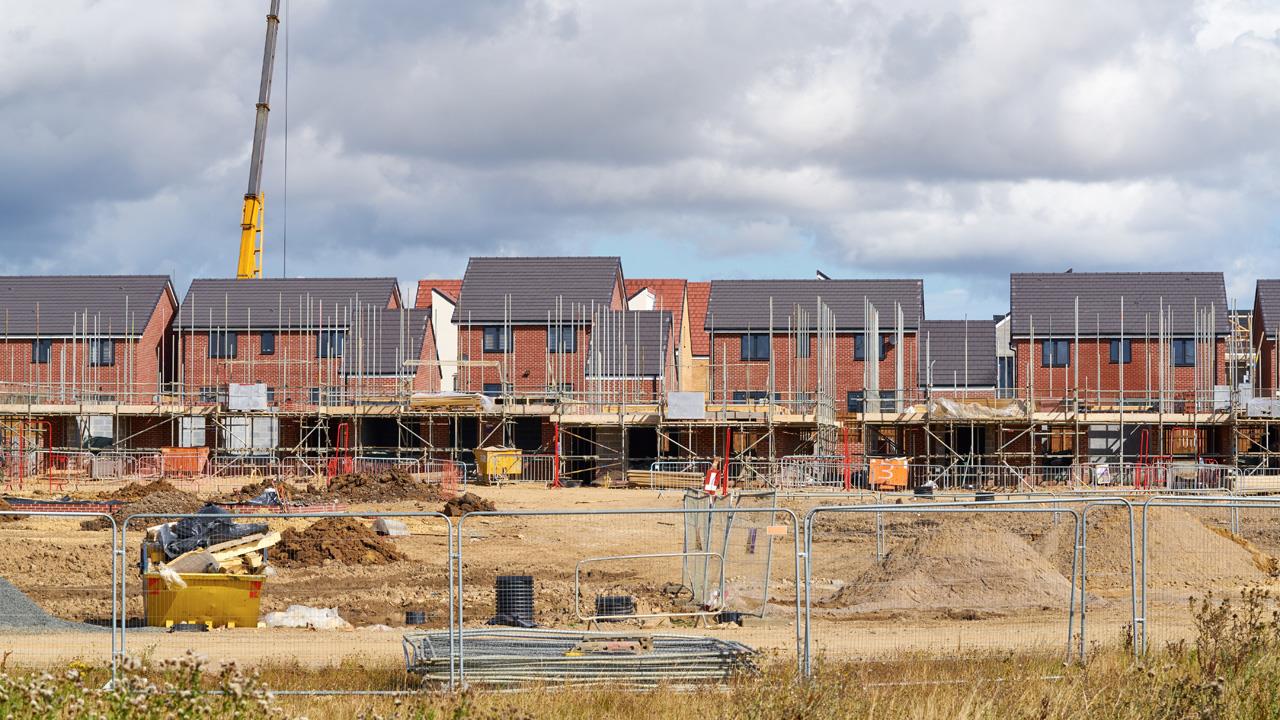 Darran Smith, Technical Manager at Alpha Heating Innovation, points out the flaws in the recent suggestion that the UK should ban newbuilds from the gas grid within six years.

UK government advisors, the Committee on Climate Change (CCC), recently published a report announcing that all new homes should be banned from connecting to the gas grid within six years as a way of tackling climate change.

While there is a need for the UK to tackle climate change and reduce our greenhouse gas emissions, is banning gas from new homes the right way to go about it and is it just another idea to achieve what seems like the impossible goal of zero carbon homes?

The report states that all newbuild homes in the countryside should be warmed by heat pumps and cooking done on induction hobs, rather than using gas boilers and hobs.

The CCC says that new homes should be the initial target as it's much more economical – £4,800 to install low-carbon heating in a new home compared to £26,300 in an existing house.

The report adds that, in cities, new housing estates and flats should be kept warm by networks of hot water, and the water could be heated by industrial waste heat.

While a move to more sustainable energy is a good idea, there are a number of drawbacks. Firstly, domestic heating using systems such as heat pumps only work if homes are insulated to the highest standards and therefore require little heating. As such, there needs to be consideration given to the building fabric.

There is also the issue that ground source heat pumps are a new technology to many, and are we fully up to speed on how to get the best from them and how systems should be designed and installed for efficient operation?

Furthermore, there is the issue of timescales. For many housebuilders, land banking and securing planning approval based on regulations and standards at that time, rather than at the time of construction work starting, will impact on how a ban can be enforced.

There is also the risk that, if a ban on gas is introduced, will developers and housebuilders take the path of least resistance and look at electric as a heating method? This could be a huge step backwards – a case of out of the frying pan and into the fire.

While I agree that, as a nation and as an industry, we need to look at how we reduce our emissions, I’m not sure a ban on gas is the right way.

You could also argue that housing is not the biggest culprit – 14% of UK greenhouse gas emissions come from our homes – and that we should be focusing on the industrial and commercial sector, where the majority of emissions come from.

The problem with a move to renewable energy in homes could be more deep rooted however. Many will remember that, in December 2006, the government made an ambitious pledge that would ensure that within a decade every new home would be a 'zero carbon' home.

Britain was the first country ever to have made such a commitment and the plans dictated that, come 2016, all new homes would be expected to generate as much energy on-site through renewable tech – such as wind turbines and solar panels – to cancel out their overall emission of greenhouse gases. This clearly hasn’t happened.

The Code for Sustainable Homes was drawn up to facilitate this plan and, in 2007, government proposed tightening Building Regulations to achieve the target, first by 25% in 2010, and then by 44% three years later. We then had the Climate Change Act, which aims to reduce carbon emissions (compared to 1990 levels) by 34% come 2020 and 80% come 2050, with The Carbon Plan setting out how this would be achieved.

Yet, nine years after the ambitious pledge, in 2015, a Treasury paper (Fixing the foundations: Creating a more prosperous nation) effectively dropped the requirements for zero carbon buildings, stating that they will “keep energy efficiency standards under review”, recognising that existing measures to increase energy efficiency of new buildings should be allowed time to become established.

All in all, it has been one step forwards, one step backwards. As such, please excuse my scepticism over a plan to make all new homes gas free in just six years.

A move to greener energy is the right thing to do, and we need to find a way of getting more homes to use technology such as solar. However, I do feel that six years is rather ambitious. There is nothing wrong with ambition but history has shown that we are not very good at delivering on our promises and pledges.

It should be noted that these are just recommendations at this stage and are part of the Committee on Climate Change’s plan for the UK to meet its 2050 target. Time will tell if this recommendation is put in to action, but I feel it will take a lot longer than six years for all new homes to be gas free.

ALPHA HEATING BOILERS CCC COMMITTEE ON CLIMATE CHANGE DARRAN SMITH GAS GAS GRID HEAT PUMPS HEATING OFF GRID
Tweets by HVP
Make sure you’re on top of changes in the industry, and sign up for free to receive your monthly copy of HVP and our weekly email newsletter
SUBSCRIBE TO NEWSLETTER
SUBSCRIBE TO MAGAZINE