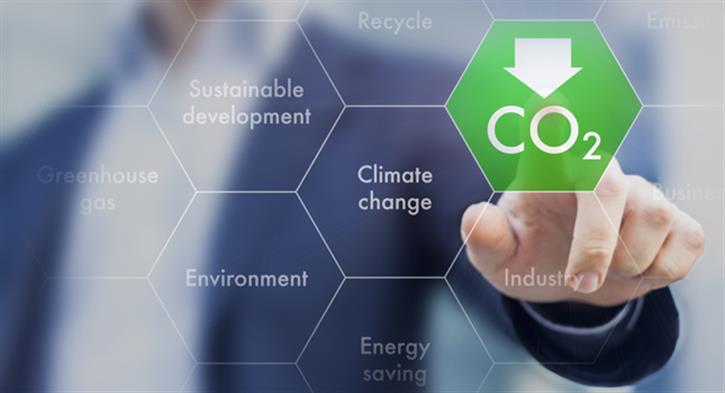 The UK’s Fifth Carbon Budget, announced in parliament on 30 June by Amber Rudd, Secretary of State for Energy & Climate Change, has set out a new legally binding emissions reduction target for 2030.

IEMA says this decision gives a clear and positive signal of the UK’s transition to a low carbon and sustainable economy at a critical time for UK environment policy.

“This decision comes at a critical time for the UK and provides much needed clarity on the long-term direction of travel towards a low-carbon economy,” said Martin Baxter, IEMA’s chief policy advisor.

“Post Brexit, our future prosperity is increasingly dependent on us seizing the opportunity to make the necessary changes to address long-term sustainability challenges. Climate change is a defining issue of our time and significant opportunities exist to create jobs, boost productivity and enhance competitiveness by reducing our carbon emissions,” he continued.

“Achieving the 2030 target will require concerted action and investment. The recent referendum vote for the UK to leave the EU makes the job harder but not impossible. The true test of climate leadership is about sustaining the implementation of policies to achieve long-term climate goals.

“This decision on the fifth carbon budget provides the basis for giving confidence for investment, innovation, progressive transformation and effective action over the long-term. It must also be reinforced with a clear, post-Brexit, confirmation of the UK’s international commitments and UK ratification of the Paris climate agreement.”

“This announcement is especially welcome given the uncertainty caused by last week’s referendum. It’s a clear signal that the UK will continue to show bold leadership on carbon reduction. This will allow investment to continue to flow into renewable energy projects throughout the UK,” said RenewableUK’s chief executive, Hugh McNeal.

“There’s no denying the uncertainty that's facing the renewable heating industry following the decision to leave the EU. While we still have a long way to go before stability returns, the long-term goal set out in today’s fifth carbon budget is an important first step,” said My Hurley.

“This much-needed injection of confidence shows that the government is still very much committed to building a lower carbon future for the UK. Despite all the unanswered questions about our ongoing relationship with the rest of Europe – and how this will impact a renewable heating industry that’s been largely driven by EU directives – the UK now has a 2030 target that’s significantly more ambitious than the EU’s own.

“What we need now is a clear strategy to support deployment of renewable heating technologies on the necessary scale – including meeting the challenge of installing 6.8 million domestic heat pumps by 2030. This means reassurance about the future of current legislative frameworks. Priorities should be the Energy-related Products (ErP) Directive, as well as the Renewable Heat Incentive (RHI).”

Isaac Occhipinti, Head of External Affairs at Energy & Utilities Alliance (EUA) said: “Tackling climate change requires a strong commitment and the Fifth Carbon Budget offers this. However, if we are to turn out commitment into a reality a robust policy framework is needed. The current lack of policy and the need for greater implementation of existing policy is at least recognised but this alone won’t deliver the necessary changes.

EUA and its divisions will continue to work with DECC to identify an action plan and also overcome the current challenges, such as the Renewable Heat Incentive (RHI). The budget mirrors EUA thinking on RHI, that the existing tariff payments offer little to help tackle the substantial upfront costs of installing renewable technologies.

“We also need to support the research and development of ‘mainstream’ green gas as a low carbon alternative fuel source. Injecting green gas directly into the gas grid is the best and most cost effective way of decarbonising heat. The gas grid currently delivers gas into the homes of over 85% of the UK population and there is little appetite to simply abandon gas and start again with a new system, not to mention the enormous costs involved, so green gas, whether biogas, bioSNG or even hydrogen offers a very real solution to delivering seasonable heat demand in a low carbon way.

“The projected gap of 100 MtCO2e (or 47% of the required reductions) between our current trajectory and where we need to be,as reported in the 2016 progress report to Parliament is frightening but by; identifying a solid strategy, investing cleverly and working together, EUA believes we can deliver.”