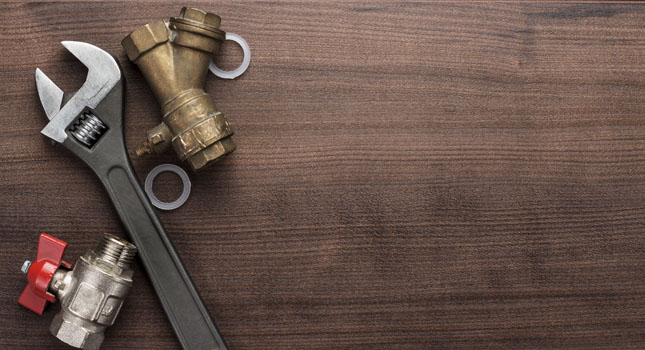 The second Quality Plumber Week has been announced to take place this autumn, aiming to celebrate the quality work plumbers carry out every day.

The event organised by the Association of Plumbing and Heating Contractors (APHC) will run from 28 September to 4 October, 2015. It aims to raise awareness of the skills that exist in the plumbing and heating industry, while shining a spotlight on the many plumbing businesses that play a vital part in our communities from unblocking sinks to making sure drinking water is safe.

Quality Plumber Week will also stress the importance of using properly qualified, trained and accredited plumbers in a bid to reduce the numbers of rogue traders operating in the industry.

The APHC says plumbers do the jobs that most householders would rather leave but are rarely recognised for the service they provide.

Plumbers are being encouraged to get involved and win seven prizes in seven days by posting pictures of themselves working on quality installations throughout the week, using the #QPW15 hashtag to be entered into a daily prize draw.

In addition, resources are available to download from www.aphc.co.uk/quality-plumber-week, including a template press release for plumbers and suppliers to distribute to their local media organisation, suggested social media links and various plumbing facts.

A consumer campaign is also running in Your Home magazine in partnership with Baxi, offering the chance to win an EcoBlue boiler and installation worth up to £2,500. The campaign aims to increase awareness of the week to consumers. The Your Home competition will be appearing in the October issue, available on sale from 6 September.

John Thompson, chief executive at APHC added: “There are thousands of excellent plumbers working throughout England and Wales who provide exceptional service and advice to homes and businesses. Unfortunately for them, rogue traders seem to grab the headlines, which tarnishes the entire industry. On behalf of not only our members, but also every hardworking plumber we want to recognise the skills and work they do.

“The plumbing industry prides itself on extremely high standards, with plumbers and suppliers continually developing new systems and technologies to benefit the way we live. Plumbing businesses also contribute significantly to our economy; for example youth employment is being addressed via apprenticeships and on the job training to ensure the next generation of plumbers are competent in the trade.”

APHC launched a new level 3 Apprenticeship standard for Plumbing and Domestic Heating Technicians in March 2015, which aimed to develop quality plumbers for the future as part of the Government’s Trailblazer programme. The standard developed by plumbing employers has been designed to more effectively meet the needs of the industry, and includes a number of improvements that aim to benefit both the learner and their employer.