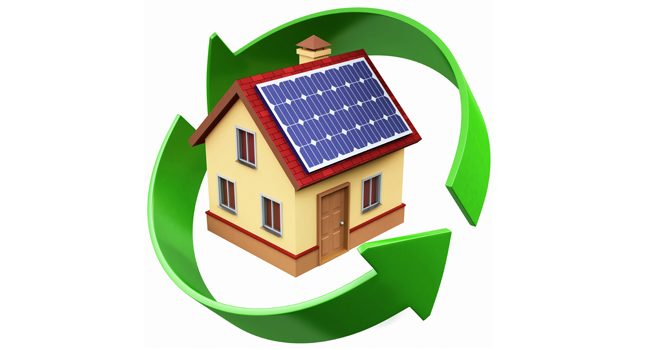 Predictions of the demise of the energy efficiency industry in the wake of cuts to Green Deal funding needn’t be true, Martyn Reed, operations director for Elmhurst Energy, has said, and has set out a seven-step plan to be presented to the Department of Energy and Climate Change (DECC).

There has been much written on the demise of the Green Deal. So much so that you could believe that the energy efficiency industry has been completely wiped out.

This is simply not the case, but in the post-Green Deal world it’s important we remain positive about the need to improve energy efficiency across the UK housing stock and propose practical, positive solutions to get things back on track.

Green Deal plans were always just a small part of the whole process and responsible for less than 5% of the Green Deal Advice Reports issued, but its abolition has placed the industry in a precarious position - one that needs urgent resolution.

The Government has asked Dr Peter Bonfield of BRE building research to undertake a review of Green Deal and recommend a way forward. The first meeting will be in mid-September and he is expected to report back in March 2016.

Sadly, by making the announcements on the closure of Green Deal with no fallback plan to speak of, DECC’s decision jeopardised a number of other government initiatives, all of which refer directly to Green Deal. These include ECO, the Renewable Heat Incentive (RHI) and the Minimum Rentals Standards, that will start to apply in 2016. This means that a replacement solution is needed quickly.

We believe that much of that solution already exists, in the form of 5,000-plus accredited energy assessors. Therefore, Elmhurst Energy has a straightforward seven-point plan that it believes will make a success of a Pay-As-You-Save model.

The details of the suggested method are as follows:

1) Make full use of the existing Energy Performance Certificate (EPC)

RdSAP and the resultant EPC are proven methods of assessing the appropriateness of making improvements.

The concept of an occupancy assessment, i.e. tailoring the EPC (which is based on an "average" occupant) to one which more closely reflects the lifestyle of the current occupant is valuable in calculating cost benefit.

Previously, the mistake was making it too complex with too much information required, much of which was too personal. We believe you can get adequate accuracy by asking four or five questions about the occupancy (age, profile, hours of occupation and so on) which are both appropriate to ask and easy to answer.

3) Offer advice and an occupancy assessment without commitment

Householders should be offered the opportunity to undergo an occupancy assessment and receive advice on energy assessment. If they agree, then that could be funded, either by paying a supplement on top of the EPC or by allowing the lead to be passed to a supplier, who will pay for the assessor time.

The energy assessor should be encouraged, not, as now, discouraged to provide advice and guidance on matters of energy efficiency. Such advice could range from installation of a particular measure, suggested suppliers and behavioural advice to make best use of the technology.

The distinction between funds for those that can pay and those that are fuel poor should be removed. Funding, whether that be from ECO, Green Deal (or the extra VAT that will be collected when the rate reverts back to 20%), should be pooled and allocated on an ‘as deserved’ basis with those that are in most need, and have least ability to pay, getting 100% subsidy (as they do with ECO). Those with less to gain and/or an ability to pay get small incentive whilst those least needing improvement, get nothing. This could look something like this:

Incentivize improvement, as was done for low emissions cars, by reducing the Council Tax charge for high rated properties. For instance:

6) Keep out of finance

Involving energy assessors in funding created confusion, complexity and bureaucracy. If incentives and subsidies are set at the right level installers, private funding and private finance will find the rest.

7) Keep it simple and remove bureaucracy around installation

For consumers that receive no funding allowance, allow a post-install EPC as sufficient to demonstrate that a measure has been installed. For consumers in receipt of subsidy the installer must be PAS 2030 approved and the subsidy paid on receipt of a pre- and post-install EPC and a certificate of completion from the installer. To safeguard the unknowing, all products would be industry recognised and independently certified by one of a number of routes including certification by a UKAS-approved certification body.

Elmhurst Energy, through its position on the Green Deal Advisory Group and through the chairmanship of the Property and Energy Performance Association (PEPA), were involved in the latter days of the Green Deal, and attempted to support its positive aspects, while identifying its weaknesses – all with the intention of proposing fixes.

Remaining positive and with the confidence that increasing the energy efficiency of the UK’s housing stock is simply the right thing to do, we will be proposing this seven-point strategy at every opportunity.