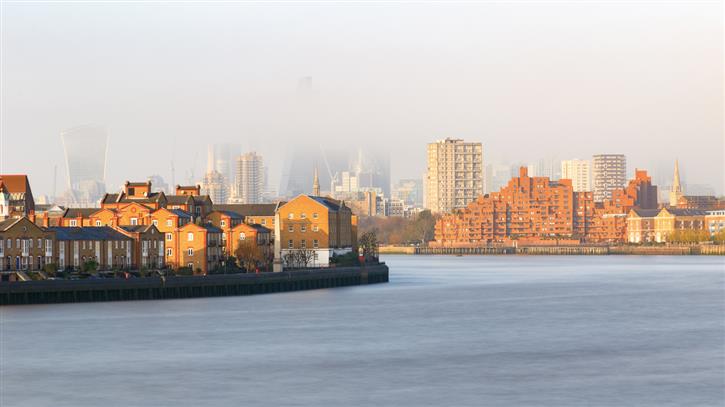 Wendy Thomas, Residential Product Manager at Nuaire, explains how a new ventilation option could provide the answer to fighting air pollution in homes within the worst polluted areas in the UK.

Every year, the government’s Chief Medical Officer (CMO) is required to produce a report on the state of the public’s health.

The 2017 report, released in 2018, focuses on air pollution as a major threat to public health and calls for tougher standards to combat wide-ranging health challenges.

44 UK cities have been identified by the World Health Organisation (WHO) as having air too toxic to breathe safely. Particulate matter, notably PM10, PM2.5, and NOX, are the key culprits (with NO and NO2 having the most effect on the environment and human health).

Vulnerable groups, such as the elderly, children, and those with underlying medical conditions (especially asthma), are at a disproportionately high risk of respiratory problems.

Additionally, according to the CMO’s 2017 report, there is both growing evidence and consensus that deprived groups in England are exposed more to air pollution, and are therefore likely to face a greater health impact.

Pollution sources and higher concentrations of ambient pollution are typically found in more socially disadvantaged areas. In 2001, of the 2.5 million people resident in areas where the annual mean NO² limit value was exceeded, over half were in the poorest 20% of the population.

By 2011, the exceedance population had fallen to 0.6 million due to overall improvements in air quality, but 85% of this population was in the poorest fifth.

Reducing levels of particulate matter and NOX is essential in our cities, and steps are being taken, but it’s a slow business as it requires major changes, such as building schools away from main roads and phasing out diesel cars. In the meantime, we need to take measures to protect those most at risk.

Carbon filtration remains one of the best options for removing pollutants from homes. Incorporating a carbon filter into a standard mechanical ventilation with heat recovery (MVHR) supply air valve that is part of a ducted ventilation system is an effective way to do this, as long as access to the filter is quick and simple.

Most MVHR systems, however, are designed for newbuild properties. This is fine for the 170,000 new homes built each year, but what about the 27 million existing homes in the UK? MVHR systems are impractical for existing properties, as they require extensive ducting in voids, where there generally isn’t any space, and it would result in huge disruption and refurbishment.

The good news, for both residents and installers, is that a new solution has emerged that combines tried and tested technology in the form of positive input ventilation (PIV), but incorporating a carbon filter.

PIV units, traditionally used as a cost-effective method of eliminating moisture from the home, gently pressurise a dwelling to expel stale and humid air through natural ventilation points.

They can be mounted in the loft or a hallway cupboard. By adding a powerful carbon filter into a PIV unit, existing properties can benefit from not only reduced condensation, but also reduced pollution.

While most existing properties can benefit from this combined PIV and carbon filtration system, it’s social housing providers that can use it to make the most immediate difference to the most deprived and vulnerable members of our society.

It’s time for action when it comes to air pollution, and we have to look at both the long and short-term solutions. Reducing air pollution is the goal, but can we really afford to wait that long?

In the meantime, some of the most vulnerable members of our society are slowly being poisoned in their homes, without even knowing it.

AIR AIR MOVEMENT AIR POLLUTION DIRTY NOX NUAIRE PARTICULATE PM POLLUTED POLLUTION THOMAS UK VENTILATION WENDY
Tweets by HVP
Make sure you’re on top of changes in the industry, and sign up for free to receive your monthly copy of HVP and our weekly email newsletter
SUBSCRIBE TO NEWSLETTER
SUBSCRIBE TO MAGAZINE