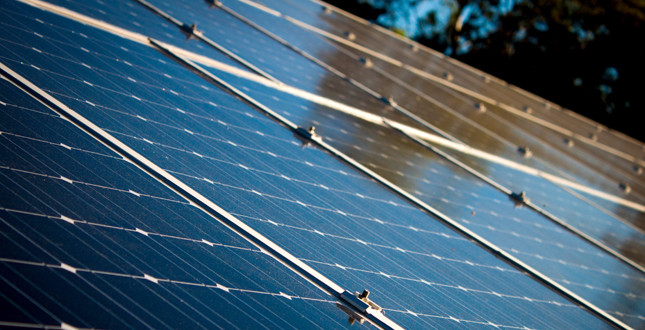 This summer, we have enjoyed the longest heatwave for over 40 years, and though (at the time of writing) there are conflicting reports as to how long this is likely to continue, the continued sunshine has more benefits than increased opportunities to sunbathe.

According to MyGrid, the country has gone for 1,009 hours without relying on coal this year, a massive increase on the 624 hours recorded across the whole of 2017, and 210 hours in 2016. This is in large part supported by solar PV, which provided 14.4% of the energy used over those 1,009 hours. While this is related to the recent heatwave, there are also other factors at play.

One of these is a heightened emphasis on renewable energy at a local government level. This summer saw the launch of the Solar Together scheme from Suffolk councils, a group buying scheme designed to encourage the uptake of solar panels. Test schemes such as this have already been piloted with great success, resulting in a combined 50,000 solar PV installations, the equivalent of 175MW of power, according to scheme organiser iChoosr.

Although cuts to payments from the Feed-in-Tariff (FiT) have caused some to worry about the public’s interest in solar PV, recent figures show that the number of panels is still on the rise, with 924,130 homes in the UK having them installed.

However, a significant amount of homes do not fully capitalise on the levels of energy they produce. With most homeowners away from their property during the day, they often use no energy at all when their solar panels are producing their highest levels of output.

To retain as much energy as possible within a household, manufacturers have designed hot water storage cylinders that are optimised for use with solar PV arrays. Here, any power that is generated and surplus to requirements of the home’s energy demand is diverted to the hot water cylinder, rather than being sent to the grid. This allows the cylinder to then heat the water to the desired temperature, set by the thermostat, ready for the household to use when required. This water will remain hot for hours after, providing the cylinder has high-quality and high-performance insulation.

As the cylinder only uses the excess power created by the solar PV panels, the normal day-to-day power requirements of the household are not affected. However, homeowners need to understand that if electricity usage is higher than what the solar PV panels can generate, electricity bills will increase rather than reduce. So, to avoid any draw from the grid there needs to be a ‘buffer’ of energy. Generally, if there is 2.2kW of export energy, a controller will divert 2kW into the cylinder’s immersion heater, leaving a 100W buffer.

Research from the Hot Water Association showed that an average household could receive savings of up to £130 per year on their electricity bills by switching from a standard electric hot water cylinder to one with solar PV capability, compared to the saving of just £95 per year which can be achieved by traditional gas-fired boilers.

A solar PV ready cylinder will not affect a household’s FiT payments either, providing an export meter is not fitted – which is common practice for solar PV systems that are less than 30kWpv. In this situation, a ‘deemed’ usage contact will likely be in place.

With solar continuing to flourish, installers can benefit from homeowners and local councils looking to invest in renewable technologies or enhance the benefits of systems they already have in place.