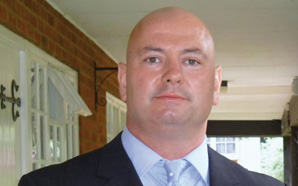 HVP speaks to Chris Flaherty, sole-proprietor of Vietec Heating, about his experiences in the heating and plumbing industry

Chris Flaherty has been working in the heating and plumbing industry for 33 years. After completing a one-year bricklaying course while still at school, he ended up in plumbing after being unable to find work as a bricklayer.

Mr Flaherty is now the sole-proprietor of Vietec Heating, working in plumbing, heating and renewable installations. After 15 years working for various companies, gaining experience in different kinds of projects – industrial, commercial, and even the London Underground – he became self-employed.

“I made sure I had enough experience and knowledge behind me before I decided I could be released on the public safely,” Mr Flaherty said. “Most of my work is ‘higher end’. I tend to do the whole house, put a whole new heating system in, whether it’s an existing house or a newbuild. I do everything – the drains, bathrooms, the whole lot. I’m basically a one-stop-shop.”

His wide industry experience has certainly played into his good reputation. The developers he’s worked with over the years tend to use his services again, and with a strong social media presence, Vietec Heating has expanded into new areas.

With over 2,000 followers on Twitter, social media enables Mr Flaherty to have a voice in the plumbing and heating world and to speak out on industry issues, especially the recent controversy over government legislation on renewable energy.

“I started installing heat pumps 15 years ago, and with the government getting involved, I think it’s ruined it. There’s not much room in the market because the government make these schemes unnecessarily complicated.”

Mr Flaherty has a range of experience in renewable energy; he was technical manager for a German solar company for a few years, travelling around the world installing systems and training other installers.

“I have vast knowledge and experience,” he said. “But then to be told in the UK for me to be allowed to install solar thermal systems or heat pumps I have to sit exams, join schemes (MCS) and pay these people for doing nothing – I thought no, I’m not going to do it.”

Mr Flaherty continued: “It’s an insult to most installers because they’ve got the qualifications, they’ve got the knowledge and experience but then they’ve got to cross the palm of other people to allow them to employ their trade and earn a living.

“If government schemes are involved, personally I’ll stay well clear because it’s overcomplicated, expensive and bureaucratic. It’s just not worth it for a lot of installers to have all that extra cost and bureaucracy for what is a small percentage of their overall business.”

For Vietec Heating, not having MCS approval hasn’t had a noticeable effect on business. “I haven’t had anyone approach me about the Green Deal or RHI, and people might say, well, that’s because you’re not on the MCS scheme now, but even when I was I had no enquiries for it.

“People want to save their money and they want to be energy efficient but I don’t think they’re always looking to renewables to do that now. They’d rather a new boiler, double-glazing or insulation – things like that.

“I think it would have been better if there had never been incentives added or offered. Renewables should be able to stand on their own two feet, in the way that they will save money on their running costs. The industry should sell it on that basis, and if they’d left that to installers, it’d be a much more flourishing industry.”

He added: “I’ve worked a lot with Germany, and they have a grant scheme to put a heating system in, install a heat pump, or solar thermal. There’s no accreditation, there’s no one else to pay and they get the grant. That’s why it’s much more of a flourishing market there, because installers are actually actively promoting it.”

Getting the right training

The recent closure of the Green Deal Home Improvement Fund (GDHIF) has caused an uproar in the industry. However, for Vietec Heating, the biggest challenge he is facing at the moment is not his disagreement with government legislations – it is trying to get an apprentice.

“I’ve been trying to get a trainee and I’ve contacted colleges but nothing came of it so, in the end, I got hold of JTL Training – they supply you with an apprentice and will also support you financially.

“That’s how I learnt my industry. There are too many short courses out there – there are still things I don’t know after 33 years. You can never know it all but short courses are too narrow, and can release very poor quality installers who have very poor standards of workmanship.”

Mr Flaherty has seen the work for HVAC and plumbing engineers develop and change throughout his 30-year career. Overall he believes the industry could improve with the right training.

“They should get rid of all these six-week courses. No one should be allowed to go and trade on their own unless they’ve got a good qualification and a few years’ experience,” he said.

“And for the renewable side, they need to get rid of all the bureaucracy and costs. Let the industry promote renewables.”