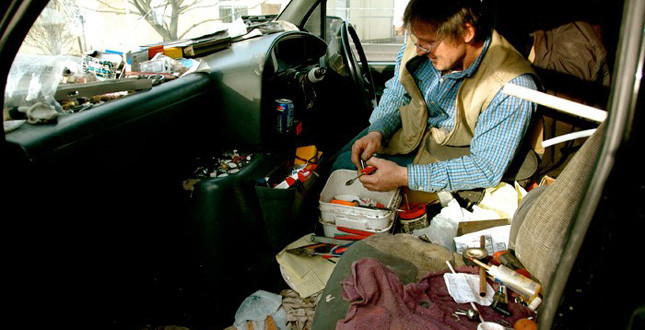 According to new research by Filplastic, a storage solutions provider, the majority of tradespeople are wasting more than 30 minutes every day looking for tools in their van.

When asked what they’d be rather doing with their time, the majority (56%) of tradespeople responded in favour of undertaking additional work. The second most popular answer (27%) was finishing work earlier, with one plumber specifically stated that they’d like to spend more time with their young family rather than working up to 8pm every night.

A total of 168 tradespeople were surveyed across the UK and the survey was aimed at understanding the frustrations tradespeople have in their working day.

How much time do tradespeople waste finding tools?

Paul Taylor, Managing Director at Filplastic, said: “There’s a lot of different tools, fixtures and fittings that tradespeople must store in their vans for every eventuality, but keeping everything tidy is difficult when you’re driving around or rummaging for the item you specifically require.

"Probably the funniest request I’ve heard from a plumber was that they wanted an automatic tool finder for their van, using the same principle as automated robotic parking in places such as Japan, where space is at a premium.”

With a tidy van, how much extra money could a tradesperson make?

According to the Office for National Statistics, individuals employed as a skilled tradesperson earn on average £498 per week. With the average working week being 38 hours, that means they could earn an additional £32 to £65 per week if they had a tidy van and saved between 30 minutes to an hour every day. This equates to an extra £1,572 to £3,145 per year.