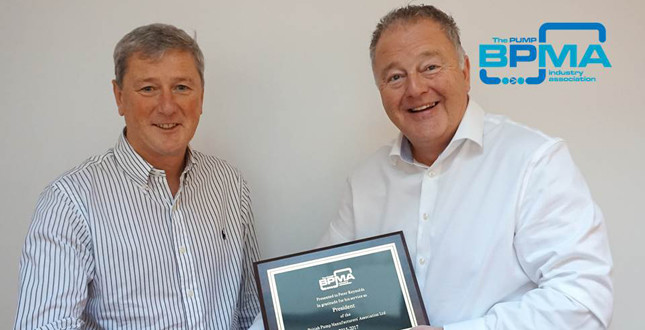 The role was officially passed on at the recent BPMA Annual General Meeting, where Peter Reynolds, former BPMA President and Managing Director of Grundfos Pumps, congratulated his successor.

Steve Schofield, Director and Chief Executive of the BPMA, said: “It was our pleasure to make Duncan the new President of the BPMA. Duncan has worked hard to encourage the uptake of technical support and pump technology training to members, operators and purchasers of pumping equipment. He has been hands-on from the start and has played a vital role in the association as Vice President. No doubt he will call upon this experience during presidency.”