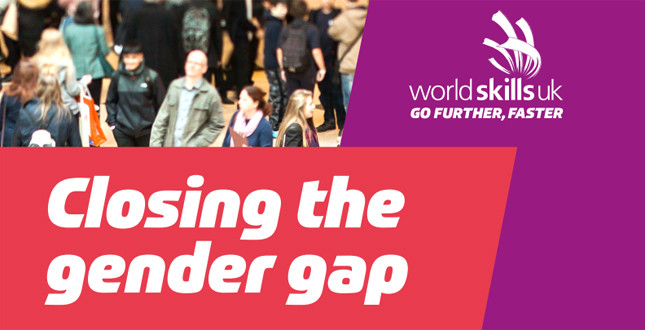 A new report from WorldSkills UK has revealed that young women in the UK feel limited by their gender when it comes to career options.

The report Closing the Gender Gap by WorldSkills UK and the Careers & Enterprise Company, which surveyed 2,000 young people and 2,000 parents, makes sober reading for anyone believing that true gender equality exists.

According to the findings, 56% of young women (aged 17-19) believed that their gender limits their career options. In contrast, only 37% of young men felt gender limited their options, and were more confident about their career prospects.

Dr Neil Bentley, Chief Executive of WorldSkills UK, said: “These findings are particularly shocking to me. The report is a wakeup call for all, especially when you consider that the young people interviewed were born at the turn of the 21st century.

“Showing that progress on gender equality is not inevitable, the findings require us to think more deeply about the influences on young people. We want all young women to have an open mind about their career choices and make the most of the opportunities available.

“That’s why we are encouraging all young people, their teachers and parents to speak with more employers, for example at the Skills Show, and understand that career choices in this day and age should be about chasing your dreams, not following traditional paths.”

The research goes onto confirm gender disparity in particular careers, with 18% more young men than women wanting to be engineers and IT professionals. The research also showed that these biases are also projected onto others, with young people more likely to direct their peers into careers based on their gender, rather than their abilities and interests, according to WorldSkills.

The full report can be viewed on the World Skills UK website.