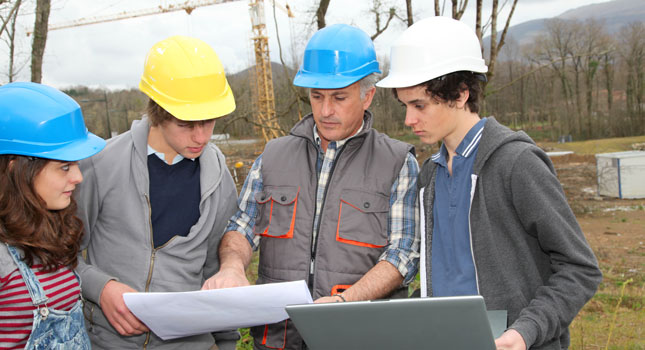 Sixty six per cent of small construction companies admit to having been forced to turn down new business due to the skills shortage, according to a Federation of Master Builders (FMB) survey.

Nearly half of the respondents admitted to having been forced to outsource work to third parties rather than leave a job unfinished.

The FMB says the main reason cited for this widespread shortage is a difficulty finding apprentices.

The survey requested responses from the FMB’s membership of 8,500 small and medium-sized enterprise (SME) construction firms. The results suggest:

· London has the biggest shortage of bricklayers and carpenters

· The East of England is in short supply of plasterers

· Northern Ireland has the greatest need for general labourers

· West Midlands based firms require a greater number of scaffolders

Respondents claimed the lack of apprenticeships is the primary reason they believed potential candidates have been held back from joining the industry, followed by pressure from parents to stay in full-time education.

Experts have estimated the industry needs around 35,000 new apprentices just to cope with demand, however in 2013, only around 7,000 apprentices completed their training, the FMB says.

For the 16-24 age group, a general perception that starting wages would be low was another significant factor deterring interest in the trades – however, the FMB’s research shows that by the age of 23, a bricklayer with five years’ experience can earn up to £31,000, rising in some cases to £52,000 in London.


Tony Passmore, chief executive officer of Passmore Group, which offers home improvement and adaptation services, said: “The lack of experienced multi-skilled workers is a huge concern for my business, as it could affect our future growth plans. We urgently need tradespeople that are trained in more than one area, such as plumbing, tiling and joinery for bathroom installations - but we just aren’t seeing the candidates come through.”

Nic London from NLondonConstruction.co.uk said: “There’s definitely a great opportunity for apprentices right now. I entered the industry as an apprentice myself, and I haven’t looked back. The starting salaries are much higher than many people expect and there is a great capacity for career development. In the past we’ve developed apprentices who have moved on to start their own businesses.”

Hayley Ellis, the FMB’s director of training and membership services, said: “We’re aware that there is a desperate need for new apprentices to join the construction industry. Apprenticeship schemes offer a balance of technical skills and workplace experience, so school leavers can learn on the job and hone their skills – and build a really meaningful career.”

“We’d encourage those receiving their GCSE results tomorrow who feel unsure of what to do next to properly explore their options and consider the building industry – particularly through apprenticeship schemes. The construction industry offers fantastic earning potential and a whole host of exciting careers.”