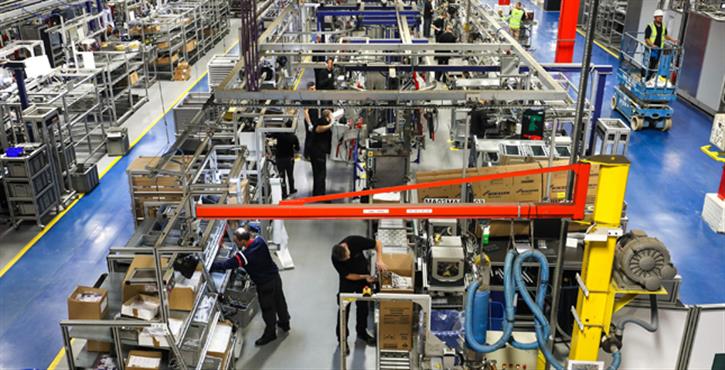 Worcester, Bosch Group is celebrating 25 years as part of the Bosch Group, with a programme of activities planned throughout 2017.

Worcester Heat Systems joined the Bosch Group in 1992 with the aim of cementing its position within the UK and becoming an important member of Europe’s “premier manufacturing group for domestic heat equipment”.

Since then, Bosch’s influence within Worcester has been far-reaching, from improving its manufacturing processes and quality assurances to ensuring 100% recyclability of its products. This is also true within the realms of research and development, where investment from Bosch and the support of a global network helps Worcester to play a significant role in designing, developing and testing the products and technologies of the future.

To celebrate the milestone, Worcester will be launching a special promotion for 2017. Installers will be able to benefit from a different Greenstar Rewards incentive on the 25th of each month from May until October – the first of which will be a selection of Bosch power tools available for just 25 points through the Greenstar Rewards programme.

Martyn Bridges, director of technical communication and product management, said: “Worcester becoming part of the Bosch Group has been an enormous success story, benefiting not only the company but also the products we can offer installers and their customers.

“Together, we have achieved a number of milestones over the years – from launching our best-selling Greenstar boiler series to achieving seven straight Which? Best Buys for our Greenstar range – and we’re excited about what the future holds.”