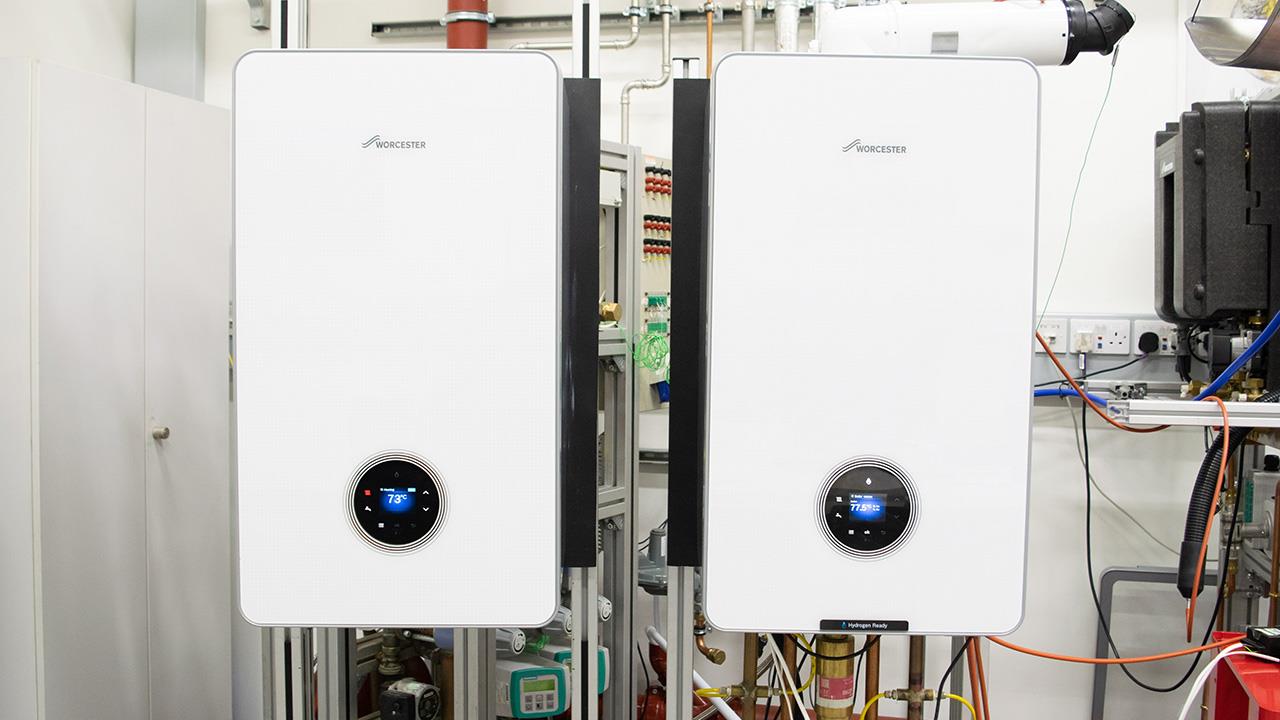 The main by-product of burning hydrogen gas is water, meaning that it is a carbon-free fuel source and could be a key method to help decarbonise heating and hot water in UK homes.

The Worcester prototype hydrogen boiler fits into the same footprint as a current natural gas boiler. Hydrogen-ready boilers will be a direct replacement to natural gas, burning natural gas on its first day up until the switch to hydrogen takes place. Also, with a similar build to existing boilers, installers will already have most skills necessary to fit these products too, says the company.

Over the last few years  boiler manufacturer Worcester Bosch has not only been advocating for hydrogen, but has also developed a prototype boiler that can run on 100% hydrogen gas.

The prototype has been designed to also run effectively on natural gas. This means that in the future if hydrogen gas becomes reality, those who have a ‘hydrogen-ready’ boiler can simply convert to hydrogen without the need for an entirely new heating system.

Martyn Bridges, Director of Technical Communication and Product Management at Worcester Bosch, said: “The development of hydrogen-fired boilers will mean millions of existing heating systems in our homes can be saved, rather than the entire system needing to be replaced.

“The beauty of hydrogen as an alternative to natural gas is that as well as water as a by-product, Worcester Bosch has developed a technical solution that will feel familiar to both homeowners and installers. The gas network is also in place, so homeowners won’t experience any major infrastructure disruption.

“With fully developed prototypes, various trials planned and many heating engineers and manufacturers in agreement that this could be a viable solution to decarbonise heating and hot water, we are hopeful that the future will be hydrogen.”

BOILER HYDROGEN HYDROGEN-FIRED WORCESTER BOSCH
Tweets by HVP
Make sure you’re on top of changes in the industry, and sign up for free to receive your monthly copy of HVP and our weekly email newsletter
SUBSCRIBE TO NEWSLETTER
SUBSCRIBE TO MAGAZINE