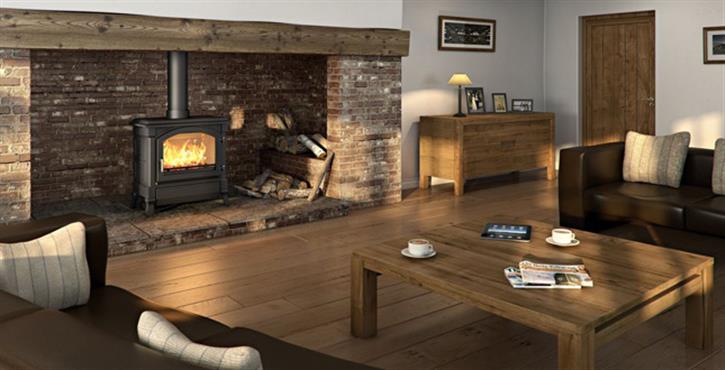 Wood burning stoves and Agas have joined 'exposed bricks' and 'kitchen islands' as among the most appealing elements people look for in a potential new home, according to a survey by biomass and stove manufacturer, Euroheat.

Euroheat undertook the research in a bit to unveil the elements most likely to help a property sell. The team polled 2,085 UK-based adults aged 30 to 65, all of whom were either in the process of purchasing a new home at the time of the research, or had purchased a property within the past 12 months.

When individuals who said they preferred rustic houses were asked to explain why, more than half (51%) said old houses have 'more character and a rich history', 29% said they 'look better' and 20% said they 'hardly ever look the same from the outside, unlike modern houses'.

All participants were then given a list of home elements and asked to name features they were most likely to look out for when property searching. The top five answers emerged as follows:


All respondents were then asked to consider how much more they'd be willing to spend on a home in order to ensure it had one of their desired home features. The average amount participants would be willing to add on to their budget emerged as £2,500. Of all participants, 67% stated that older features made the house feel more homely and cosy, 31% also stated they felt these houses were perfect for long term plans and modern houses were more short term.

Simon Holden, co-founder of Euroheat, said: "It's refreshing to see from our research that older homes and their features are still desirable to Britons just as much as modern features and homes are. It's all too easy to forget about the beauty and character of older houses.

"Homes with thatched houses and real hardwood floors are the homes that our grandparents and great grandparents grew up in and have become steeped in British history. While it's necessary for updates and modernisations to take place on properties and modern houses are well suited and beautiful to some, it's nice to see that the homely feel of traditional properties are still desirable by others."