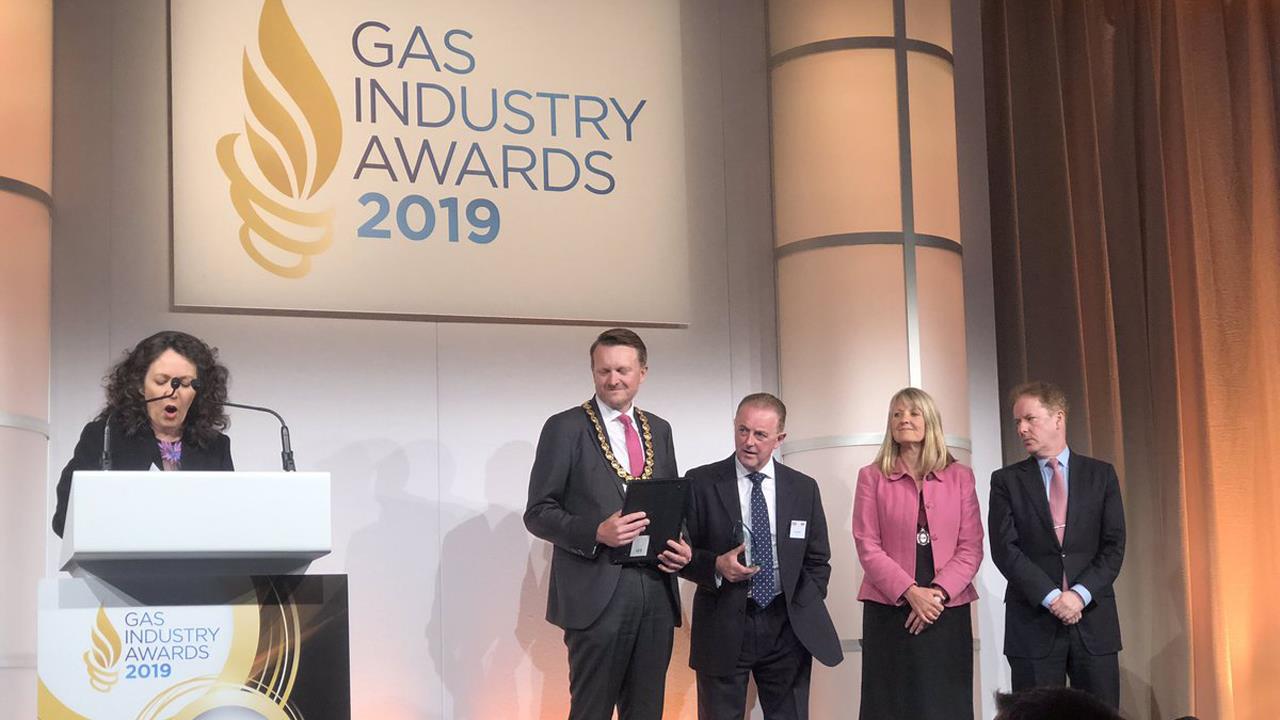 The Institution of Gas Engineers & Managers (IGEM) and the Energy and Utilities Alliance (EUA) have announced the winners of the Gas Industry Awards 2019.

This year’s champions were presented with their certificates and trophies by television presenter and engineer Kate Bellingham at London’s Park Lane Hilton. There were 10 categories of award followed by two special awards.

The winning individuals and organisations were:

The judges decided that Mike was worthy of receiving the Special Recognition Award for his tireless campaigning on behalf of the gas industry.

Of the Outstanding Achievement Award, the judges said: “Chris is an engineer with over 35 years’ experience in the energy sector. He has been at the centre of several fundamental changes to the way the UK’s gas network is structured and operates. Throughout his career he has provided strong leadership and worked tirelessly for the benefit of the sector and to keep customers safe and warm.”

Helen Bray, President of the EUA, said: “What a great opportunity for us all to learn from innovative ideas and leaders across the industry. The awards have inspired me to think about how the winning concepts could be applied in different contexts.”

ASSOCIATION AWARD BUSINESS COMPANIES ENGINEER EUA GAS INDUSTRY AWARDS HEATING IGEM KATE BELLINGHAM MANAGER
Tweets by HVP
Make sure you’re on top of changes in the industry, and sign up for free to receive your monthly copy of HVP and our weekly email newsletter
SUBSCRIBE TO NEWSLETTER
SUBSCRIBE TO MAGAZINE