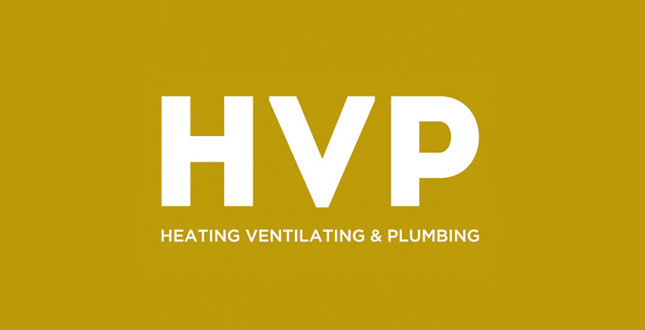 HVP met with JTL Ambassador, Hollie Heffer, to find out more about the opportunities available to would-be apprentices.

Newly-qualified engineer Hollie Heffer decided to become a plumber at the age of 15 after completing a construction work experience placement.

Resisting more traditional stereotypes, she was the only girl in her school year group to take this route. But Hollie says she’s never been a ‘girly-girl’ and realised she’d be happier pursuing plumbing even if it was still thought of as a profession for boys.

She completed a NVQ Level 2 Diploma in Plumbing while undertaking an apprenticeship with Swale Heating.

The Kent-based company, founded 45 years ago by Ian Pierson, regularly takes on apprentices, seeing the value in training up the next generation of engineers.

“You learn a lot more of the theory than you do the practical at college, and it was interesting to learn some of the regulations and standards that you need to know, but the apprenticeship was invaluable,” said Hollie.

The company took on nine apprentices as part of Hollie’s intake, and offered four of them full-time employment after qualifying.

During her two-year apprenticeship, Hollie worked with a gas engineer, a plumber and an installer, learning how each of them worked and the nuances of each role.

“I particularly enjoyed the gas side of it, even though I couldn’t do very much, and that’s something I’d like to qualify in going forward,” she said.

She was supported throughout her course by JTL training officers, Ben Bayliss and Keith Hathaway.

JTL is a charity offering a number of services, which include advanced apprenticeships, training courses and NVQ assessments across four apprenticeship disciplines: electrical, plumbing, heating and ventilating, and engineering maintenance. The training officer works with the employer, overseeing everything from liaising with the college, to mentoring the apprentice and assessing their progress.

“JTL were so good. For example, the portfolio is laid out so much more simply than the college one, and much easier to understand,” Hollie explained, particularly appreciating the feedback she was able to get from a dedicated training officer compared with one lecturer to 30 people.

Upon finishing her apprenticeship, Hollie was offered a job at Swale as a plumbing engineer, predominantly doing remedial work.

“I was really nervous before I started going out on my own, but once I got to maybe the third job, I’d settled in and knew what I was doing. Once I was in a house working, I wasn’t worried at all,” she said.

Because Hollie deals in remedial work, most of the jobs she is sent out to are complaint customers. She has found it helps that they’re not expecting a girl, because they tend to be less vocal in their annoyance!

“Customers sometimes think that I’m there to check the problem and will then send someone out to fix it, and I have to explain that I’m doing it. They don’t click that I’m there to do the job most of the time. Most people are quite surprised but then they like the idea that it’s a female doing it,” said Hollie.

Once she’s completed her six-month probation, she hopes to receive further training, specifically her gas and unvented tickets.

In 2016, Hollie was invited to become an Ambassador for JTL, specifically promoting apprenticeships and the trade among young women.

JTL’s Ambassadors programme was originally launched at the House of Commons in 2013, and was expanded in 2016 to reach young people from Black and Ethnic Minority groups.

There are now more than 25 JTL Ambassadors operating throughout England and Wales, spreading the word of apprenticeship industries and opportunities.

Hollie wanted to be a part of this to encourage other young women that they can pursue a career in the trades.

“It’s important because it sets an example for other young girls and gives them a bit of confidence to speak up and express an interest,” she said.

“It’s good to show them that there are other jobs available. The trades might not be something they would normally think of, so it gives them the awareness that it’s an option if they do want to try something different.”

Hollie recognises that she was fortunate to have a supportive school and parents, with her older sister having paved the way by studying motor mechanics.

“I went to an Academy that was quite good at making sure people could do what they wanted to do, but some schools do push students towards A-level and university,” she said.

There were a few girls in Hollie’s college class, and they were accepted and treated as ‘one of the lads’ by the boys.

But women still make up just 2% of plumbing and heating engineers, often because that type of career path isn’t presented to them as an option.

In raising the profile of women in industry, JTL hopes to change that and encourage more young women to consider apprenticeships. It’s something Hollie couldn’t recommend enough.

“It’s definitely something to look in to, because you’re getting paid to learn – so no student loans – and it’s enjoyable,” she said. “You’re not sitting around doing nothing, you’re out, doing something practical, having a laugh while you’re learning. It’s also much better to do an apprenticeship as well as the college course, because employers want experience.”