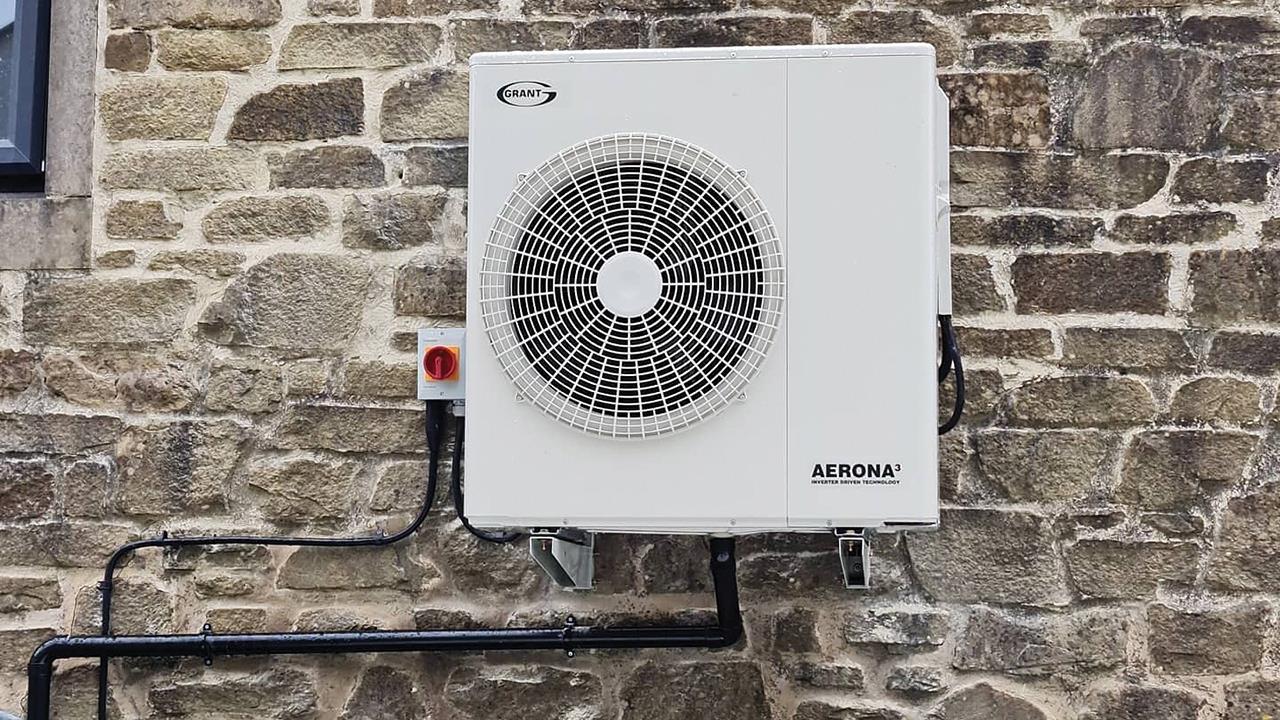 Griff Thomas, Managing Director for renewables training provider GTEC, goes through the basics of installing a cylinder, and adds specific considerations linked to their use with heat pump systems.

Discarded when much of the UK’s gas consumers moved over to combi boilers, the cylinder is an essential part of heat pump systems (and other sustainable technologies, like solar thermal) that will ensure hot water remains on tap, and the system operates at maximum efficiency.

Cylinders for gas and oil boilers

A traditional gas or oil heating system needs to allow around 35 to 45l of stored water per person in the household. As such, an average home with three to four occupants needs a cylinder that stores approximately 120l (a 36x18” in old money).

The majority of older domestic cylinders have a capacity of 115l, and therefore are enough for the average family (until friends or relatives come to stay). However, in a pinch the water from the cylinder can be reheated by the boiler or immersion heater, in case of extra demand.

These calculations are all based on the boiler heating the water up to at least 60°C.

Heat pumps differ from oil and gas boilers in that they should be run at a lower flow temperature for maximum efficiency. The higher the temperature, the less efficient the heat pump becomes. This is not, however, a linear path: going from a target temperature of 50°C to one of 55°C will typically increase the electricity consumption more than an increase from 35°C to 40°C.

There is a need to find a balance between end-user comfort and efficiency, but for most people 40°C is hot enough for the water they are actually using. However, cylinder specification has to be tweaked to account for this lower temperature and its knock on effects.

Using the example of ‘Mrs Smith’, who likes a 100l bath at a temperature of 35°C, we can look at the key differences between heat pump systems and oil and gas boilers.

Water heating with gas or oil

In a traditional gas or oil system, the hot water is stored at a minimum temperature of 60°C, as per HSE guidance.

This means Mrs Smith would run 50l of hot water and 50l of cold water (at 10°C) to bring the temperature down to the desired 35°C, basically heating water up to cool it down again – a massive waste of energy whichever way you look at it.

Water heating with a heat pump

Using a heat pump, water is stored at the lowest possible temperature in order to get the best efficiency.

So, if Mrs Smith wants her bath to be 35°C, we would want water to come out of the tap at around 40°C and be stored at 45°C to allow for some losses in the both the tank and distribution pipework (NB: for simplicity’s sake we aren’t factoring in the need for a sterlisation cycle, which would be required if the water is stored at a lower temperature than the recommended 60°C.)

Therefore, in order to meet the volume of hot water required by the average home using a heat pump, stored thermal mass must be increased by 33% so, in this example, the cylinder should increase in size from 120l to 160l.

The cylinder itself also needs to be as efficient as possible, with a substantial amount of insulation to reduce the standing heat losses.

If electricity prices are lower (or if the household generates its own electricity using solar PV and battery storage), then it can be possible to run the hot water at a higher temperature and reduce the cylinder size.

I always recommend running the heat pump during the night on an off-peak tariff to heat the water which, based on an average Seasonal Coefficient of Performance (SCoP), has a similar, if not smaller, cost as when using gas.

There are some misconceptions floating around that heat pumps aren’t suitable for water heating but this is simply not true; allowances just need to be made for an approach that actually makes far more sense – heating the water to the temperature required.

CYLINDERS GTEC HEAT PUMPS
Tweets by HVP
Make sure you’re on top of changes in the industry, and sign up for free to receive your monthly copy of HVP and our weekly email newsletter
SUBSCRIBE TO NEWSLETTER
SUBSCRIBE TO MAGAZINE