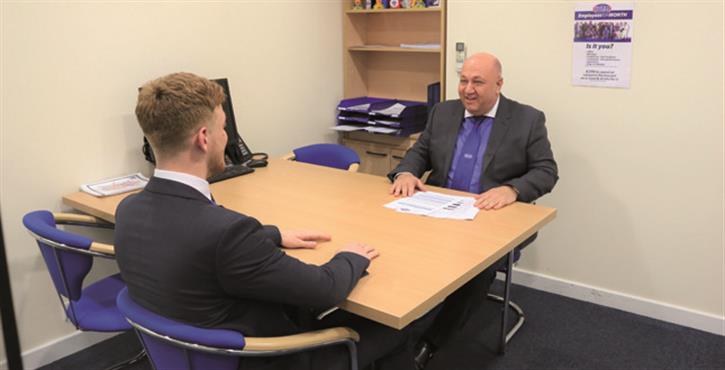 Pimlico Plumbers has grown to become one of the most high profile employers in the sector. HVP’s Tom Hogarth sat down with Recruitment Manager Darren Robins to find out what it takes to wear the red and blue uniform.

Whether it’s the plumbers earning £100,000 a year, the employment disputes plastered over national media, or just the fleet of branded vans carrying equally branded contractors, working for Pimlico Plumbers seems like another world to most other roles. So what does it take to join the club?

Darren Robins, Recruitment Manager at Pimlico Plumbers, took the time to walk us through how the company separates the wheat from the chaff to find those engineers worthy of wearing the uniform, and putting in the hard graft to earn those substantial paychecks.

The company’s strict recruitment process means it only gets a 20% success rate from the interview stage, but that also means it only brings in the people who are right for Pimlico, and who they want to work with.

This process starts with a careful examination of the application. Darren says that Pimlico is after engineers who are a finished product, so they look for around eight to 10 years’ experience, and skills in the areas that the company needs to support its customer base.

After this, applicants go through a 10-15 minute telephone screening, where the company can quickly weed out anyone who just isn’t right for them, before asking them to come in for a face-to-face interview at the Pimlico Plumbers HQ in Lambeth.

Engineers who make it in the front door will spend at least an hour or two with the recruitment team, as well as a technical expert, who can evaluate the candidate on their capabilities for the job at hand.

However, Darren says where candidates often fall down is in their personal appearance and presentation, both in person and through their communications in the application process.

If you make it past the intensive interview process, you’ll be offered a role on the Pimlico team and come in for a half-day familiarisation session. Darren explained that the engineers could be as skilled as possible, but they still need to be taught how the company works and how they fit into that machine.

This includes meeting members of staff from various departments to understand the processes the company uses, receiving their five sets of uniform and getting set up with an ID.

After this, the newly-recruited engineer will spend a day or two shadowing an experienced engineer to learn how a Pimlico Plumbers contractor does the job day-to-day, before setting off on their own in one of the branded vans to take on jobs.

Darren said: “They’re very good carpenters or plumbers and so on, we don’t need to teach them that because they’ve got their 10 years’ experience. What we have to help them with is learning the ways that Pimlico works.”

This includes being crystal clear on their employment status within the company, outlining their responsibilities as a self-employed contractor, and keeping an eye on them to make sure that they uphold the values built into Pimlico Plumbers from day one.

It’s not just experienced engineers that Pimlico is bringing into its fold. A big drive for the company right now is apprenticeships, a topic which Chief Executive Charlie Mullins is very passionate about.

Darren explained that the company hopes to increase its current 30 apprentices (solely within plumbing and electrical work) to 50 over the coming months and will be expanding this out to all trades.

However, with absolutely no experience under their belts, it’s hard to find the right candidates to fit the Pimlico culture. Appearance and presentation is even more vital at this stage, Darren says, and even then many apprentices aren’t prepared for the level of work that being part of Pimlico entails.

He said: “The pot of gold at the end of our apprenticeship is substantial. You can be earning £100,000 a year in five, six or seven years but it’s a lot of hard work to get there and commitment is a big part of it.”

With its current goal to double the engineering workforce of the company, Pimlico is on the lookout for engineers who are ready to wear the uniform, but it takes a unique blend of professionalism, expertise and drive to be a part of this company.

EMPLOYERS GROWN ONE PIMLICO PIMLICO PLUMBERS PLUMBERS PROFILE PROFILE EMPLOYERS SECTOR
Tweets by HVP
Make sure you’re on top of changes in the industry, and sign up for free to receive your monthly copy of HVP and our weekly email newsletter
SUBSCRIBE TO NEWSLETTER
SUBSCRIBE TO MAGAZINE