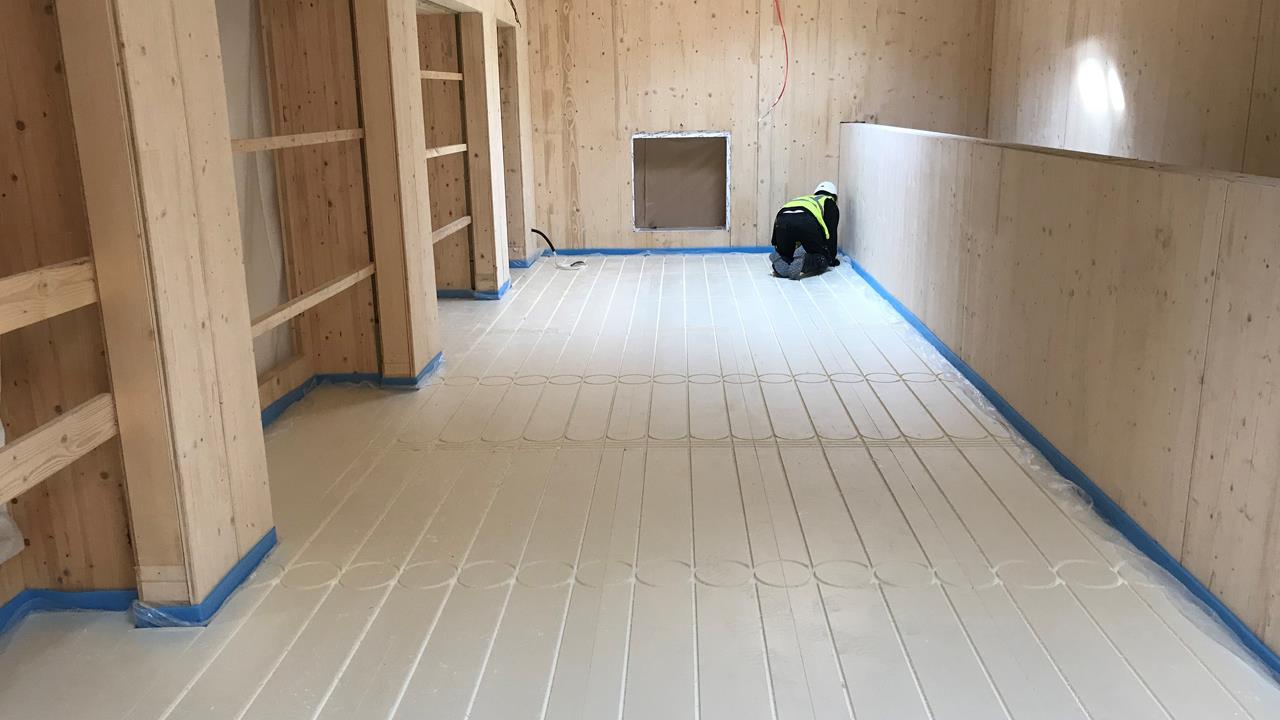 HVP spoke with Jonathan Moran, Business Development Manager at Warmafloor, about what’s fueling current growth in the underfloor heating market, and what the future holds.

Hi Jonathan. Can you give us a general update on how the market is faring at the moment?

While underfloor heating (UFH) has been used for a good few years in commercial buildings, residential high rises, and the domestic sector (with these areas continuing to grow), it’s really starting to gain traction with housing developers now. More and more major housebuilders are recognising its benefits compared to traditional heating systems like radiators.

In fact, the UFH market is growing at around 6% annually, having increased by over 25% since 2013, and in 2017 it accounted for 7% of the total heating systems sector, according to the Underfloor Heating Market Report – UK 2019-2022, by AMA Research.

Lots of factors are contributing to the success of the market. For one, construction activity on the whole is on the up, both in terms of newbuild and renovations. Plus, there is an increased focus across the board on reducing operating costs and energy consumption, and people are becoming more aware of how UFH addresses these concerns.

We have found that UFH is 15-20% more energy efficient than traditional methods and therefore helps to reduce the overall carbon footprint of a building. It’s also very cost-effective in the long-term. After installation, which can be done in just one visit, no additional maintenance is required – the system’s lifespan is guaranteed to match that of the building.

The health and wellbeing movement is another important influence. Traditional convection heating can circulate bacteria, dust, and fumes, but UFH uses natural radiation, meaning there’s little to no impact on indoor air quality. Then, of course, there’s the space-saving and aesthetic benefits – UFH offers an unobtrusive alternative that boosts design freedom.

Are there any particular trends or issues we should be aware of?

Smart heating controls are growing in popularity thanks to their energy and money-saving capabilities, and are expected to make up over 45% of heating controls sold by 2022, according to AMA Research’s Domestic Central Heating Market Report (2018-2022).

However, we’ve found that users find most controls to be overly complicated, which is why we’ve just launched Sentio, a control system with a stripped-back design and built-in app control software.

Another important consideration at the moment is the balance between speed and quality when it comes to installation. While increasing time and cost pressures mean UFH must be quick and straightforward to install, it must also be completed to a high standard by experienced installers who understand its nuances. While there is currently no recognised standard for UFH installation, this is certainly on the cards.

Which sectors are using UFH the most?

UFH remains most prevalent in the domestic sector, namely one-off houses. However, it’s increasingly being specified for schools, commercial offices, and housing developments, as well as care homes and other healthcare projects because of its positive impact on wellbeing.
It’s important to note that for such non-domestic applications, a control system like Sentio, which easily integrates with the building’s BMS, is often a key requirement.

Finally, what does the future hold for UFH?

All the signs are pointing to a very bright future for UFH. Housebuilding activity is expected to rise and newbuilds tend to be better insulated, requiring lower temperature heating systems like UFH. The conversion of commercial buildings into luxury apartments will also remain prevalent – another key segment for UFH. Sustainability and energy efficiency are only set to become more crucial in the housing sector over the coming years.

Government advisers have even recommended recently that gas boilers be banned from being installed in new homes by 2025 – a natural catalyst for UFH adoption if it goes ahead.

Of course, there’s the perennial focus on time and cost reduction, which is likely to feed the growth of the dry construction and pre-fabrication markets. Such methods require speedy solutions and UFH’s one-off installation makes it the perfect option.

Last but not least, homeowners will continue to seek more individual control over their heating systems, so we expect to see much more uptake of smart technology that allows users to set their desired temperature and schedule heating patterns whether they’re at home or on the go

FUTURE GROWTH HEATING MARKET TRENDS UFH UNDERFLOOR WARMAFLOOR
Tweets by HVP
Make sure you’re on top of changes in the industry, and sign up for free to receive your monthly copy of HVP and our weekly email newsletter
SUBSCRIBE TO NEWSLETTER
SUBSCRIBE TO MAGAZINE